Diary Of An Altertyx Racing Champion

This blog post is long overdue. And I don’t mean that in an “I’ve been meaning to write this for a long time” sort of way. I mean it in the way that I was told to have the post written by August 2nd. That’s because my topic, the Alteryx Grand Prix, occurred last March. My only defence is that some events can be so life-altering that they require time and distance to put them in proper perspective. That, and I just kept putting it off.

Some of you probably know that the Alteryx Grand Prix is a fixture at Alteryx’s annual conference in Colorado, where representatives from ten companies compete to solve complex business problems using Alteryx’s geographic business intelligence platform. The whole event is way over the top. It’s hard to do it justice without pictures, but imagine a hotel ballroom decorated with racetrack-like grandstands, stacks of tires and fencing, and an emcee doing breathless play-by-play over a PA system for the conference attendees. Giant screens even show footage of what the contestants are doing at their computers—like a helmet cam shot from inside a NASCAR racer. The programmer who can solve a series of problems—called “laps”—in the fastest time is declared the winner.

Really, though, at the end of the day the Alteryx Grand Prix is just a programming competition—albeit a geeky contest with a very impressive reward. The grand prize consists of the following:

Obviously, this is the kind of glory any programmer would want. So in 2010, I competed in my first Alteryx Grand Prix, finishing a respectable second. Figuring I had a better chance to win this year, I developed a methodology that I believed would increase my odds.

Know your tools: I work with Alteryx more than I like to admit—not because I’m ashamed of it, but because most people outside of my office have a difficult time understanding what Alteryx is, which makes explaining what I do every day a little awkward. I probably know more about the roster of Alteryx tools than I do about the Toronto Maple Leafs starting line-up—knowledge that definitely helps in the competition but hurts in dressing room conversation when I’m suiting up to play on my beer league hockey team.

Teammate: “Did you see that big save by Reimer last night?”

Jason: “No…did you see my save last night? Saved 20 seconds on a 35-second wizard by pointing the spatial match tool directly to a yxdb.”

Study: I printed out most of the Alteryx help document and studied in my free time during the week prior to the event. The excess studying was probably a result of a conversation I had with Jan Kestle, the Founder and President of Environics Analytics, which went like this:

Jan: “Are you nervous about the Grand Prix?”

Jason: “Not really. I know that no matter how well I do, you guys will be proud of me.”

Jan: “(Long pause.) Yeah, I guess so—just make sure you come in the top three.”

Cram: At the conference, any spare moment I had prompted me to disappear into my hotel room, read over materials and explore tools that I wasn’t quite as familiar with. I realized that I might be taking things a bit too seriously when I had a conversation with another competitor, and he pretty much laughed at me for this last-minute cramming. He declared that he hadn’t been studying, nor had any other competitors. Go ahead and laugh, my friend, I thought. We’ll see who has the last laugh. (Cue maniacal cackle.)

Get as much help as you can: Your pit crew and the referees at the Grand Prix are there to help you. Listen to what they say because the information from a thirty second-conversation with them could save you five minutes in the future.

Get lucky: I realized very quickly during the actual competition that all of my studying was more or less a waste of time when most of the questions initially left me scratching my head. I ended up settling on the simplest solution I could come up with, and then I hoped for the best. As it turned out, I did not have the best answers among the competitors, but I did have consistently slightly-better-than-mediocre answers. Meanwhile, the other competitors who had good answers for some questions had terrible answers for others, so that at the end of the race, my slightly-better-than-mediocre answers tallied up to the best time. Not the most glamorous way to win, but I’ll take it!

Celebrate: The winner’s trophy is by far the largest trophy I have ever won and features a cup big enough to fit 2.5 beers (believe me, we measured). Drinking out of a trophy cup has always been a dream of mine, and while, no, it’s not the Stanley Cup, that doesn’t mean you can’t pretend.

Repeat Performance?
Now that I’ve won once, I’m occasionally asked if I will be competing in this event next year. Frankly, I’m still undecided. On the one hand, it would be nice to go out on top and give the other great Alteryx users at our company a chance to compete. On the other hand…VEGAS BABY!!!! 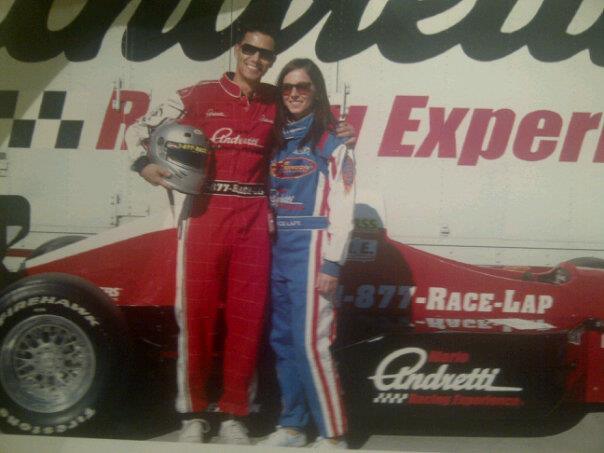 Unfortunately, my racing gear made me look less like a cool racing star than a toddler in a jumpsuit. 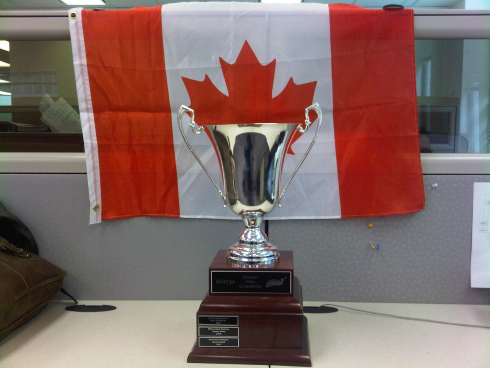 Jason Dunkel is Product Manager of ENVISION, EA’s web-based platform for consumer insights and market analysis, and is responsible for developing applications and reports for customer solutions. As a programmer, he assisted in the development of ENVISION and continues to provide custom solutions to clients’ marketing challenges. Nine months after his triumphant win, he still takes occasional victory laps around the office.