Geek Of The Week: Andrew Schuster

On any given Saturday night, a typical 30-year-old single guy might be out on the town with a date, knocking back a few drinks at a bar or playing videogames in a buddy’s man cave. Not Andrew Schuster. “I’m probably sitting at my computer at home, having a Rockstar energy drink, listening to Matthew Good and trying to learn a new
“The Action
Hero Programmer”

Already, Andrew figures he’s taught himself nearly a dozen languages, from compiled languages like C and Java, to data-orientated, extension, and embedded languages such as SQL, PHP actionscript and VBA. And that’s not counting the languages and applications he’s learned as a Senior Developer at Environics Analytics. During the week, Andrew spends most of his time providing custom solutions to business challenges based on spatial analysis. As part of the ENVISION development team, he also focuses on the popular tool’s back-end design and reporting system, developing automated processes to streamline routine jobs. “I like doing anything that involves problem solving,” he says. “It’s gratifying to write a program in a few days that reduces work time from a month to a week. I love being faced with a challenge, analyzing it and then executing a solution.”

“Things don’t always go right the first time and you have to be persistent and unafraid to learn new technologies.”

Andrew developed his passion for problem-solving as a young man.  The son of a pilot and a homemaker, he grew up in Guelph, helping his father tackle home improvement projects. He continued to develop his DIY skills while working at a variety of hardware stores during high school and college; he even became a seminar leader for Home Depot. Andrew describes himself as a mixed student, much better in math than English. “I got into programming because I couldn’t spell,” he says. As a third-year student at Wilfrid Laurier University, Andrew signed up for a new program in geomatics that combined GIS and computer science. Of the 19 enrollees, only Andrew graduated from the program. “The others were great geographers,” he recalls, “but they didn’t like computer programming.”

Andrew earned two bachelor’s degrees at Laurier, in geomatics and urban studies, before getting an advanced diploma in GIS from the Centre for Geographic Sciences in Lawrencetown, Nova Scotia. He remembers the tiny college town, with a population of 200 residents, offering few amenities for his 200 classmates. “There were some GIS students looking to rent a house, and when they asked the landlord if the fee included cable TV, he replied, ‘Oh, you kids aren’t going to have time to watch TV,’” recalls Andrew. “We studied all the time. The school would close on Sunday just to force students to go out and do something else.”

Andrew went on to Ryerson University where he earned a Master of Spatial Analysis degree and, in 2006, began his practicum at Environics Analytics. That October, he joined EA fulltime because, as he says, “it had the reputation of wanting only the best and brightest.” Since becoming a part of the Software Development team headed by Gary Wood—who he describes as “a great programmer and mentor with intimate knowledge of the marketing analytics industry”—Andrew has written programs for a variety of tasks, including profiling customers, geocoding databases, conducting trade area studies and facilitating response analyses. Today Andrew says that the skills most required of developers are an inquisitive mind, a keen sense of logic and patience. “Things don’t always go right the first time,” he says, “and you have to be persistent and unafraid to learn new technologies.” 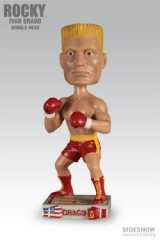 Admittedly, Andrew has dialed back his programming all-nighters since becoming engaged this year to Lindsay Michalak, a human resources coordinator for a retail design firm. (They plan to marry next March.) The couple recently moved into a condo in the St. James Park neighbourhood, a diverse Electric Avenues PRIZMC2 segment characterized by young, upper-middle-class urban singles and couples who have a fondness for music, electronics, online shopping and mobile social media apps.

While Andrew observes that their lifestyle closely reflects the segment’s traits, he concedes he doesn’t follow the norm in one area: high incidence of vegetarians. “I’m a meat-eater,” he says unapologetically. “It’s not that I’m anti-vegetables. But if there’s a limited amount of room in your stomach, then you want to maximize the happiness in that space, and the pig is probably the best animal ever created for that purpose. I would eat bacon three meals a day.” To be sure, Andrew has expanded his palate since he became engaged. “I recently had broccoli soup and was surprised that I didn’t experience a seizure,” he laughs.

Although computers take up much of his free time, Andrew does admit to some other hobbies. He likes to collect “bizarre types of vodka,” in his words, and he figures that he’s sampled more than thirty different brands. “My favourite is called Jazz Vodka because the bottle is shaped like a trumpet,” he says, “and you can drink it like you’re blowing a horn.” He also collects “cheesy action movies,” especially bargain-bin VCR tapes featuring Dolph “I have the power!” Lundgren. Andrew describes Lundgren as a kind of thinking man’s Sylvester Stallone, an actor who has a master’s degree in chemical engineering and received a Fulbright Scholarship to M.I.T. In the Lundgren canon, Andrew’s favourite is “Agent Red,” a submarine thriller so bad its producer initially deemed it too awful for release. “I like it because Dolph doesn’t have any superpowers. He’s just badass,” Andrew explains. “There are a lot of cheesy lines and it’s way over-the-top.”

But in the near future, Andrew might be quoting a different action movie he-man. His new interest in artificial intelligence could have him telling friends “I’ll be back,” as he heads to his computer to absorb everything he can about the subject. “If I’m not thinking a lot, I fall asleep,” he says. “I either want to pound my brain or not think at all.”