Geek Of The Week: Stan Ivankovic

If a perpetual motion machine exists, it probably looks a lot like Stan Ivankovic. Whether he’s serving customers at work, hiking in the back country of Northern Ontario or cheering at soccer stadiums across Toronto, Stan thrives on community, clean air and good spirits.

Stan recently joined EA as a Sales Consultant with the Finance, Insurance, Travel and Telco (FITT) practice after a nine-year career with Xerox, where he worked in everything from sales to product support and training.  The change in industry was quite a challenge, he says, before adding that joining EA was the right decision. “I wasn’t really a numbers guy, but more of a story guy,” says Stan. “When you move from selling something physical and tangible to something more intangible like data and marketing services, there’s obviously a learning curve. But you’re still involved with making the connection from the product to the customer to make a sale.”

Stan also credits his co-workers on the FITT team with helping him make the transition to selling data analytics. “They’re great, I’m learning a lot and it’s an exciting industry,” he says. “It’s quite amazing to see how data and analytics can offer insight into many different aspects of business and society beyond just consumer behaviour.” And it makes for some interesting conversations around the office, Stan observes.

Stan’s own story began in Toronto, where he was born and raised by Croatian parents, studied at the University of Toronto and earned a bachelor’s degree in economics and management. He landed his first career position with Xerox, which had posted a sales position on the UofT website. “I did some interviews for marketing positions, but sales appealed to my outgoing personality. I’m definitely a people person,” he declares. 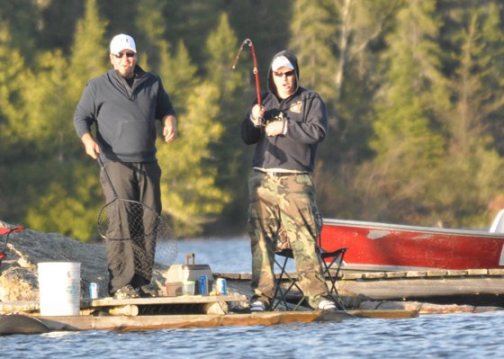 Stan is never happier than with a fishing rod in his hands, reeling in his latest catch.

Stan attributes his comfort around people to his upbringing in the vibrant Eastern-European immigrant community around Toronto’s High Park area.  Stan’s parents both moved to Canada in the late 1960s, but his father, a skilled labourer, and his mother, a dental technician, actually didn’t meet until they had arrived in their new country.  Stan is the youngest of four children, with older sisters Synthia in Zagreb, Michelle in Amsterdam and Maria in Toronto. His entire family, like others in the mostly Catholic Croatian community of Toronto, will gather  on December 24th for mass and enjoy a formal Croatian dinner of seafood – no meat on Christmas Eve – dressed in their best churchgoing clothes. Stan anticipates nearly twenty people gathering for dinner at the family home where he grew up. The next day they’ll gather again for a more laid-back meal of roast lamb, cabbage rolls and šljivovica, a traditional Croatian plum brandy. For Stan, it’s a joyful time to celebrate family and heritage.

Stan credits his parents – both now retired – with instilling in him a sense of pride in both his Croatian heritage and his parents’ adopted country.  They also made sure he learned the language of his roots. “At home we spoke a sort of Cro-English,” he chuckles. “And it depended on the tone of the conversation as to which language got used.”  When things got heated, his parents inevitably would revert to Croatian while he defaulted to English, despite being fluent in the old country’s tongue.

“My grammar isn’t the best,” Stan admits. “When I go to Croatia, my friends and family sometimes poke fun at me.”

Stan travels to Croatia regularly, visiting his older sister, Synthia, who works for the Canadian Embassy as well as a small army of friends and relatives. His most recent trip occurred during the 2012 Euro Cup soccer tournament which, he says, brought the country to a halt during important matches.

“I love being out there,” Stan says. “The nature, the open country, the beauty—it’s all quite something.”

Fortunately, Stan can indulge his soccer fanaticism without leaving North America. Stan has witnessed some of the more memorable matches played in Toronto, including the first match involving Germany’s reunited national team at Varsity Stadium. He also saw Diego Maradona, the Argentine megastar, play a charity match for Toronto Italia, suiting up with his less famous brother, Lalo.  And while he’s seen many a world superstar play, he holds a special place in his heart for legendary Croatian strike Davor Suker.  Having held season tickets for TFC since its formation, Stan notes that there’s nothing he’d rather do on a weekend in town than head to the stadium to watch TFC play.

But when there’s no match scheduled and he’s got the time, Stan enjoys heading out to the wilderness of Northern Ontario with friends and family.  From short day-trips for fishing to week-long excursions into the further reaches of the province in search of moose or deer, Stan’s calendar is peppered with about two dozen blocks of time dedicated to outdoorsy pursuits. 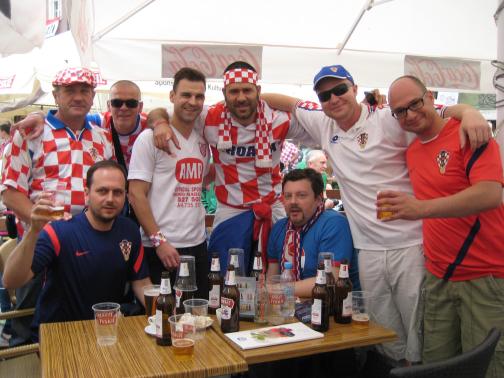 “I love being out there,” Stan says. “The nature, the open country, the beauty—it’s all quite something.  It’s tough to beat living in a cabin or a tent for a few days, catching your own food and spending time with people who you like best in the world..”

But Stan knows he can’t hole up in the woods forever. Eventually he makes his way back home to his vibrant Continental Culture neighbourhood in Toronto’s Junction area. “I love the neighbourhood,” he says. “You’ve got everything within ten minutes of home. I can walk to shopping, food, nightlife, friends and family.”

When he moved to the rapidly gentrifying area three years ago, Stan was initially attracted to the eclectic mix of cultures and commerce.  Formerly a blue-collar neighbourhood home to workers in the nearby stockyards and small-scale manufacturing plants, the Junction has become a hot spot for younger families, couples and singles who enjoy living alongside older, more established immigrant families. With the area’s Eastern, Southern and Western European immigrants more recently joined by South Americans and other nationalities, the neighbourhood has a palpable international feel that Stan enjoys.  And it doesn’t hurt that there are several favourite pubs just a short walk from home.

“It’s very easy to get together with friends in the area,” he says. “The neighbours are also friendly and we help each other out with home projects or just hanging out. It’s a good vibe.”

With his busy work and leisure life, fuelled by his passion for work, family, sports and the outdoors, Stan admits that he doesn’t have much down time—but that’s fine with him. As long as his perpetual motion is going in a forward direction, Stan knows he is living life to the fullest.