Geek Of The Week: Andrew Komaromy

Three times a week, Andrew Komaromy dons dancing shoes, a peasant shirt, floral vest and grey fedora and becomes “Bandi,” leader of the Hungarian folk dance group Kodaly Ensemble. For about three hours a night, the Environics Analytics software developer steps into a world of whirling circle dances—some dating to the Middle Ages—with fellow performers who range in age from 6 to 60. After joining the 75-person troop in 2000, Andrew now serves as its president and teaches the traditional dances to performers from Hungary, Canada, Poland, Slovakia and points east.

“I started because I wanted to get in touch with my roots,” says Andrew, whose father and grandparents were born in Hungary. “My parents met through the dance group in the 1970s, so I feel that I owe my existence to it. But I also joined because it was a way to be part of a community and I find the dancing exhilarating. After I started, it almost became a calling.” 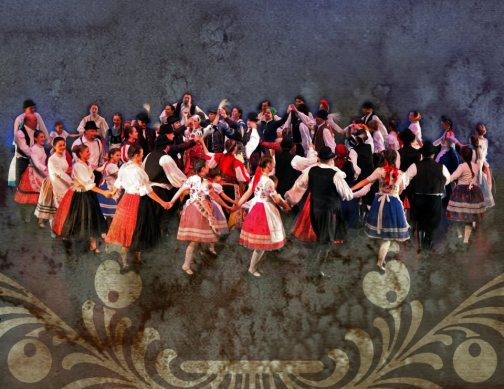 The Kodály Ensemble celebrate their 50th anniversary with a performance in 2010; Andrew is the one in the hat almost in the centre of the circle.

But Andrew shows no signs of quitting his day job. He’s quick to tell you that he enjoys being a recent addition to the ENVISION support team, responsible for adding new functionality and resolving technical issues involving the micromarketing platform. For future versions of ENVISION, he hopes to build and enhance the company’s application software, to include the design of visualization tools to analyze data. “The favourite part of my job is getting to apply the skills I learned at Ryerson University to the real world,” he says. “My job involves constant problem-solving, so when I do solve a problem, it means instant gratification.”

And Andrew has gained a reputation as a problem-solver extraordinaire. Last month, colleagues chose him to represent the company in the Alteryx Grand Prix—a competition pitting software developers in a series of programming challenges. The contest took place at Alteryx’s annual conference, this year held at the Phoenix Sheraton inside a raucous ballroom filled with blaring music and hundreds of cheering spectators. Andrew found himself startled by the chaos, even after being prepped by other EA developers who had previously stepped up the challenge. “We were going over strategies up to the last minute, trying to guess what they’d ask,” he recalls. “With everyone screaming from the bleachers, I was a nervous wreck.”

Though he had less than a year’s worth of experience working with Alteryx, Andrew finished a respectable fourth place. “He did us proud, holding his own against competitors with many more years’ experience,” says Gary Wood, EA’s Vice President of Software Development. “Andrew is the sort of guy who will jump in feet first, without knowing what, exactly, he’s getting into. But it works.” Andrew is already planning a rematch at the 2014 event. “Next year, I’ll prepare by having people in the office shout at me for a few hours while I use Alteryx,” he jokes.

“GIS allowed me to use my technical and geographic skills right away,” he says, “and I still ended up a developer like my dad.”

Andrew has always been something of a GIS fanatic since his days in high school when he discovered twin interests in geography and computers. Born in Toronto, he was raised both in North York and Concord, California, the result of his parents divorcing when he was 2 years old. Most of the time he lived in Canada with his father, a computer scientist; for vacations, he headed south to stay with his mother, an administrative assistant. Entering Ryerson University, Andrew originally planned to follow in his father’s footsteps. But he found the computer courses too theoretical, and instead turned to the more applications-focused program in geographic information systems. “GIS allowed me to use my technical and geographic skills right away,” he says, “and I still ended up a developer like my dad.”

Andrew went right from his undergraduate degree in geographic analysis to Ryerson’s master’s program in spatial analysis, earning an MSA in 2011. With his background in information systems, Andrew landed work as a research assistant with department chair Dr. Claus Rinner and the Ryerson School of Journalism, then became a web application developer for DataAppeal and a geo-spatial analysis associate at Bell PMP. He first heard about EA while taking a geodemographics course with Tony Hernandez, a Ryerson professor and director of the Centre for the Study of Commercial Activity. To grade the final project on building a clustering system for Toronto, Hernandez brought in Danny Heuman, EA’s Vice President of Custom Research. Andrew found himself drawn to the challenges of market analytics and customer insights. 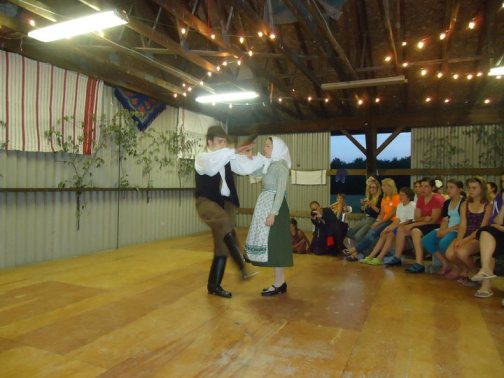 “I like the idea of getting a bird’s eye view of what’s going on in a city or market,” Andrew explains. “I’d played a lot of Sim City when I was younger, and I saw a lot of similarities between the game and GIS applications. There’s so much you can learn from analyzing data and bringing it to life through spatial analysis and demographics.”

In the year since joining EA, Andrew has also known the joy and occasional terror of bringing new applications to life as a software developer. His work on the latest edition of ENVISION, version 2.6, involved long workdays to make the March 28th deadline; the update was completed just that morning. “It kept us on the edge of our seat,” he admits. “It was a challenge to get it done and make sure everything worked.” When asked about the secret to being a good developer, Andrew shrugs. “You have to have an interest and a passion in programming,” he says, “and not everyone has that. I find it very rewarding.”

Andrew also enjoys the cultural insights he’s gained since deciding to reconnect with his Hungarian roots as a teenager; today, he’s practically a poster boy for the Environics Social Value Cultural Fusion. While he traces many of his father’s ancestors to the Old Country, his mother’s side were born in Canada. “I describe myself as Generation 2.357,” he laughs. In his spare time, he also serves as youth and sport director for the Hungarian Canadian Cultural Centre. While vacationing in Hungary in 2008, he was attending a heritage festival in the village of Pátka when he struck up a conversation with a young woman, Bia Kozempel, also a fan of traditional culture. They kept talking—“all weekend, in broken Hungarian,” he recalls—and began a trans-Atlantic romance. 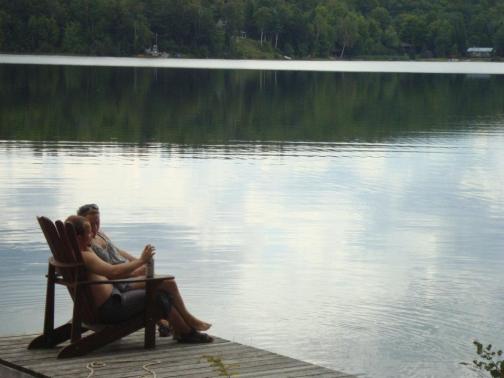 Andrew and Bia at a lake in Haliburton, Ontario.

Today “Bandi” and Bia share an apartment in the Willowdale section of Toronto, a Newcomers Rising neighbourhood home to many recent immigrants according to the PRIZM segmentation system. “I probably fit the profile,” he says, “because I like bars, social media and soccer.” Then again, Newcomers Rising may not capture their more distinctive lifestyle choices. For instance, their apartment is filled with oversized paintings of Hungarian Husszars, the light cavalry soldiers from the Austro-Hungarian Empire. And the food simmering on the stove may be a goulash or a dish Andrew saw on one of his favourite Food Network shows, like “Eat Street” or “Diners, Drive-Ins and Dives.”

But it’s the couple’s bedroom closet—filled with military riding boots, black felt britches and peasant shirts with puffy sleeves—that suggests theirs is not a typical Newcomers Rising household. “Just don’t get me started on the girls’s costumes,” says Andrew. And if that doesn’t distinguish them from their neighbours, just listen to Andrew’s mobile phone ringtone: a rousing Hungarian folk song.