Geek Of The Week: Peter Baker

“Mapping a Career in Sales”

Peter Baker is a born salesman. At age 7, he was selling bushels of apples door-to-door for his Boy Scout troop. By 23, he’d landed his first job in sales for Xerox. In 2004, he became Environics Analytics’ 17th employee, joining as a vice president of sales before becoming leader of the fundraising, municipal government and manufacturing practice.

Through it all, Peter has maintained a cheery optimism about a profession that, by his own estimate, results in rejection 95 percent of the time. “I look at sales as bringing to somebody’s attention a benefit for their organization,” he says. “And I love what I’m doing. There’s a feeling of elation when you make a sale. You have to pry me off the ceiling.”

"There’s a feeling of elation when you make a sale. You have to pry me off the ceiling."

Every salesman has his own secrets to landing a deal, and Peter is no different. To remain top-of-mind with his clients, he used to email them a joke every morning—like a Borscht Belt Willy Loman. Many were silly groaners he’d lift from humour websites or steal from friends, though he was always on the lookout for usable jokes he could recycle from comic idols like Eddie Murphy, Robin Williams, Lenny Bruce, Bill Cosby and Rodney Dangerfield. In today’s politically correct age, however, he concedes he’s had to cut back on his joke-blasting ways. “My sense of humour is pretty open,” he says, “but we live in a different age. The moral atmosphere is less tolerant—which is sad—but you have to respect people’s sensitivities. I’d rather be safe than sorry.”

Instead, Peter describes a day-in-the-life as requiring “the complete sales cycle”—from cold-calling prospects to writing project proposals for existing clients to helping train new clients in the products and services that EA offers. He claims that the hardest part of his job today involves getting a potential client on the phone. Caller ID stops some of his pitches. Spam filters halt others. Peter maintains that he has tricks to work around the obstacles, and once he does, making the sale is almost—but not quite—easy.

“One of the fun things is seeing people get a sense of the range of our offerings,” he says. “They can’t believe that we offer 18,000 data variables. It’s like seeing a light bulb turn on when they realize how much they can do with our products.”

But despite his passion for the job, he says he never pushes younger staff members to go into sales; they have to express an interest. “Selling is an acquired taste,” he says. “A lot of people don’t have a thick enough skin. If you don’t make the sale, that’s life. You have to recognize that it’s often not your fault. It may be the client’s budget or simply bad timing that you have no control over. You just have to suck it up.”

Exactly how Peter acquired his own thick hide remains something of a mystery, though there’s definitely some tenacity in the blood. Born in Toronto, he’s a first-generation Canadian: His mother was born in Berlin and fled Nazi Germany during World War II; she even qualified for the 1936 Olympics in equestrian dressage, but couldn’t compete because she was Jewish. His father came from Myanmar (Burma), where his grandfather worked for the Bombay Teak Company. Peter grew up in a middle-class neighbourhood in Willowdale where his father was a sales manager for Snap-On Tools and his mother a homemaker.

Peter did well in school, both academically and athletically. He ran 100- and 200-meter relays on a track team that, in 1966, was ranked second fastest in Ontario. He remembers doing well in geography and describes himself as “a mapaholic” since the age of six. He used to subscribe to the National Geographic and recalls his first purchase, as a 10-year-old, was a National Geographic atlas. “I’ve always been fascinated by maps,” says Peter. “They tell you a lot of information, and you can transport yourself to a place and learn what kind of people live there. Maps unite my passion for geography, people and photography.”

Peter even began collecting maps as a young man, adding to his collection sporadically over the years. “When I just started working and was dirt poor, I’d buy a $150 Times of London atlas and not eat for a week,” he recalls. 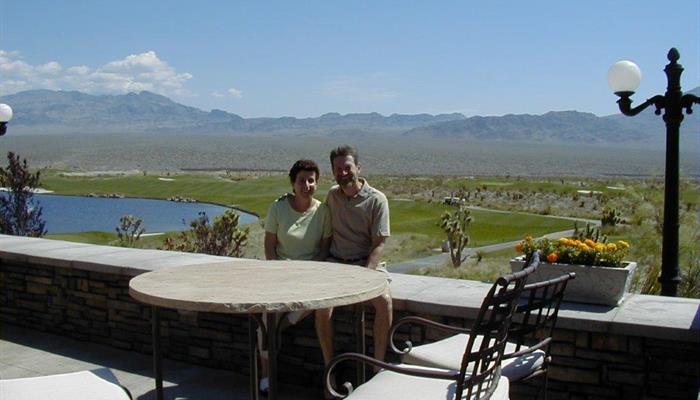 Peter’s passion for maps contributed to his decision to pursue a major in environmental studies. He attended the University of Waterloo where, in 1971, he became “the first Canadian to earn a Bachelor of Environmental Studies.” Of course, what he really means is that his was the first graduating class for the new program, and since his last name put him at the head of the alphabetically arranged graduates, he was the first to receive the new degree.

Notwithstanding that distinction, Peter found it difficult to land a job in his field. Instead, he took a position teaching English at a Berlitz School in West Germany for two years. Afterwards, he moved into sales at a number of businesses, gradually working his way up the chain to become sales director of a pharmaceutical company. He joined Compusearch in 1993 when he was a client of Jan Kestle, who was then a sales executive and would go on to become president of Compusearch and founder of Environics Analytics.

“I’ve been with a core group of people for the better part of three decades,” he says. “I love the banter. I love being with these people."

Today, Peter explains that he doesn’t get too depressed by the daily rejections of potential clients because of his supportive colleagues in the office. “I’ve been with a core group of people for the better part of three decades,” he says. “I love the banter. I love being with these people. The senior staff is brilliant, creative and caring—and caring should be listed first.” He singles out practice leader Rupen Seoni as “a very good major domo” and Rosa Rumeo, the practice’s director of client advocates, as “spectacular in her ability to coordinate all of the activities of the group.”

With the mandate to help his clients do good, Peter practices what he preaches. For more than two decades he’s done volunteer work for various charities—including the Arthritis Foundation and the Heart and Stroke Foundation. He’s served on the Diversity and Inclusion Committee of the Toronto chapter of the Association of Fundraising Professionals, which just won a $300,000 award for its work developing philanthropy among multicultural groups. This spring, he completed his first 25-kilometre bike ride for Heart and Stroke to help raise money for the organization. Next February, he’ll walk door-to-door soliciting donations for the group, which doesn’t stymie him in the least —“it’s a great way to get to know your neighbours,” he says—and next year he plans to ride in the 50-kilometre race.

Peter manages to balance his workdays with a busy home life. He’s been married to Rachel Baker for 31 years, and they have two grown children: Justin is a partner in a technology company; Carly is an occupational therapist. He and Rachel live in a recently built house in Willowdale, a Furs & Philanthropy neighbourhood, where they like to walk through the community at night. Although they’re older than many residents who have moved to the gentrifying area, they fit the PRIZMC2 profile of a neighbourhood that’s home to many Jewish residents who enjoy being active in cultural activities. For the Bakers, that means theatre: they’re subscribers to the Harold Green Jewish Theatre, the Shaw Festival and the Royal Alexander Theatre. And like typical cluster residents, Peter enjoys tennis and golf, describing himself as a “bogey golfer,” meaning that he typically shoots one stroke over par—“so I guess I’m better than a large percentage of amateur golfers in the world,” he says. “But I’m not about to give up my day job.” 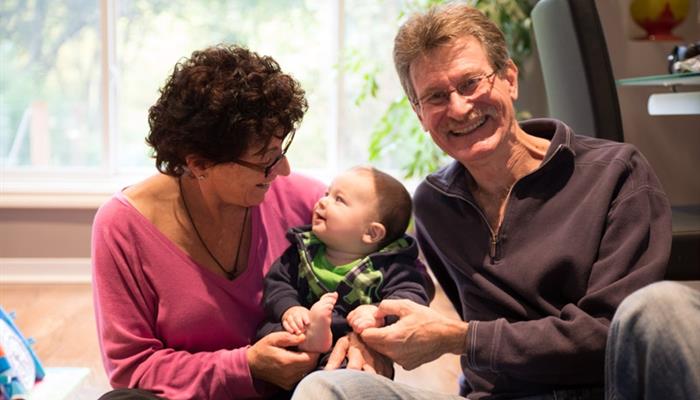 Peter and Rachel with Dylan Jace.

But lately, Peter has found a new extracurricular activity: keeping up with his first grandchild, Dylan Jace, now nine months old and the perfect antidote to work-related stress. “I’m addicted to my grandson,” says Peter. “He’s an incredibly happy child. When he laughs or smiles, it eliminates any tension, anxiety or disappointment.”

Not that a 95 percent rejection rate would be disappointing for a born salesman like Peter. It just means he gets to refine his approach, email a suitable joke or two, and make the case again for all the wonderful things EA can do for its customers. What’s not to like?