I have a friend—let’s call him Stephen—who recently moved from Waterloo to downtown Toronto to complete a post-graduate diploma. As fellow transplants—I hail from Ottawa—we began talking about how hard it is to meet new people to date in this city, particularly if you’re not into online dating.

I wanted to help. And perhaps because I’m a geographer at a marketing analytics company, I thought I could provide some unique insights into his search for love based on a little marketing science.

Looking for love and trolling for customers aren’t all that different when you get down to it. You need to know your target audience and your market. Who do you want to attract? How many prospects are out there? Where do they live? What does the competition look like? And then, when you finally find your audience, how do you engage them?  What’s important to them?  And what are the deal-breaker concerns?  But back to Stephen.

His criteria were pretty straightforward:

Stephen calls his geographically desirable area of the city his “bubble”, but for this discussion, let’s refer to it as his “personal trade area” (PTA). It is small—about sixty square blocks. 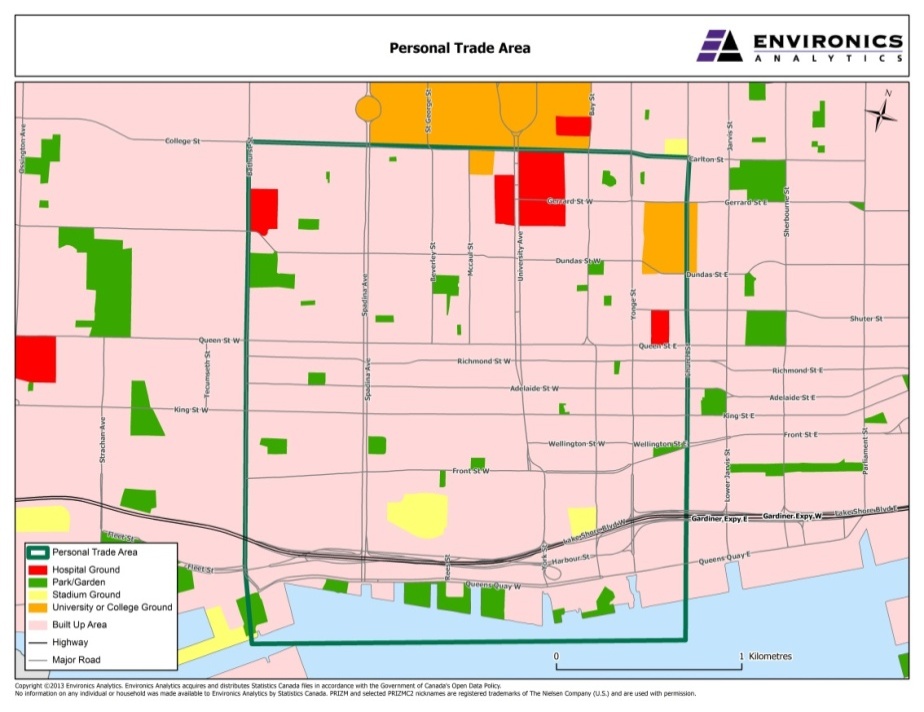 
To identify Stephen’s PTA, I started with a map of the Toronto CSD (census subdivision) as our base and, with a focus on the downtown area, mapped the area’s female population, aged 20 to 34, at the neighbourhood, or dissemination area, level. 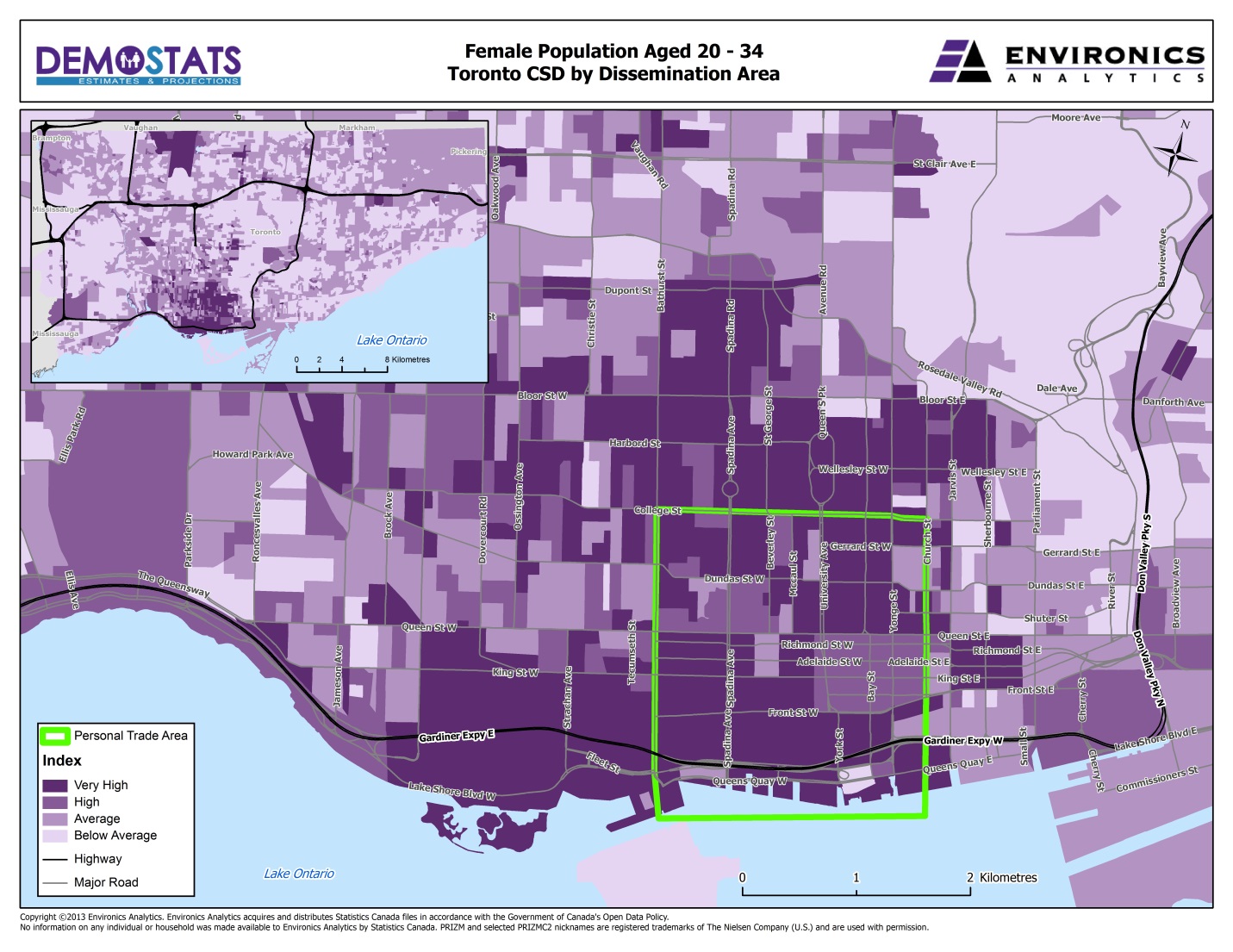 
The map shows a lot of neighbourhoods downtown that score high for the target population. This was encouraging news for Stephen.

Then, in order to narrow down on where the singles live, I produced a map of those who are not married or in a common-law relationship.


Once again, the downtown core looked promising, as did some of the bordering neighbourhoods.

Pointing out that he will have to compete with other guys for the ladies’ attention, I made Stephen a map displaying the ratio of females to males at the neighbourhood level.  When looking for prospective customers—I mean, dates—it’s good to know if there are areas where more effort will be required to gain the attention of your target audience.  You need to go in prepared! 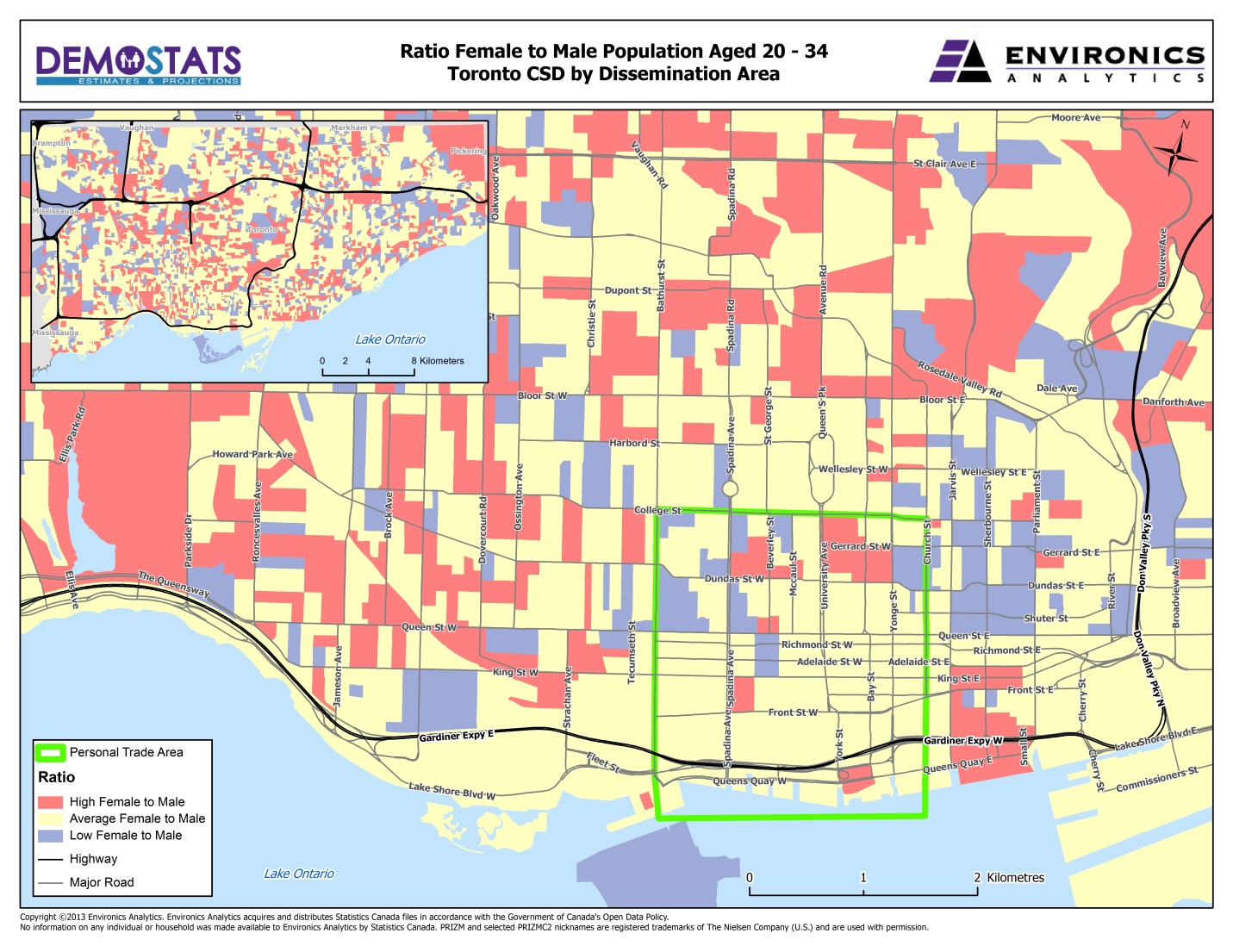 
We were getting close to the final treasure map. Combining the three statistical layers to create a weighted combined index allowed me to quickly see where, specifically, Stephen should be looking for love. 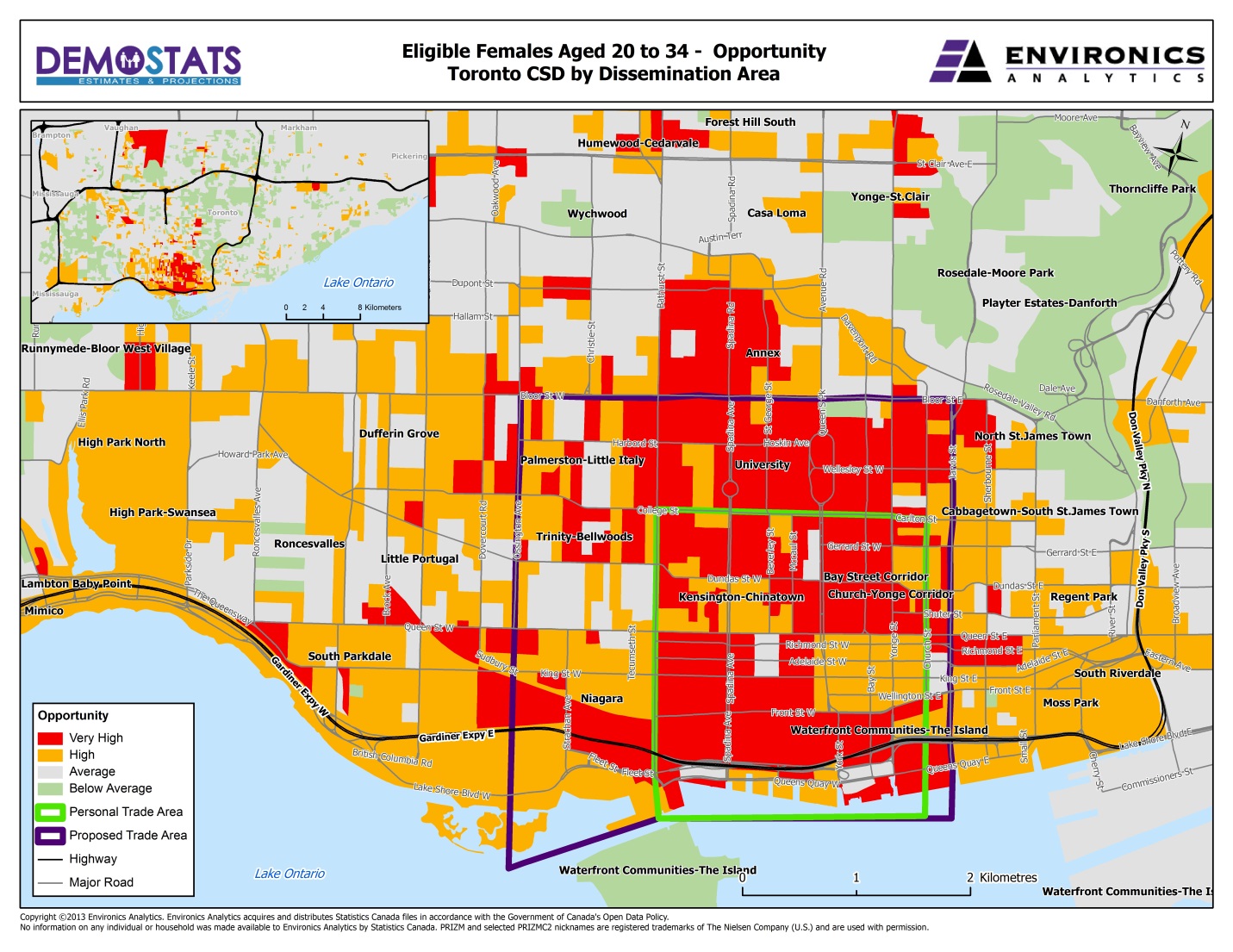 
What we immediately see from the map is that Stephen’s personal trade area is too limited.  By expanding north to Bloor Street, west to Ossington and east to Jarvis—my suggested PTA—he could access a better spread of Very High and High indexing neighbourhoods of potential dates.  And Stephen is a fit guy.  A little more walking wouldn’t hurt him.  I think he would enjoy the extra exercise in the name of love.

But let’s get a little geeky and precisely quantify his increased opportunity for finding a date in the larger PTA. He should at least know his improved chances for finding romance before hitting the streets.

By expanding his original PTA, he’s increasing his opportunity to meet our estimated count of single women by 53.5 percent!  Now I know he will enjoy a little more walking.

With the new walking-distance boundary established, it’s time to find out more about who lives in the proposed trade area.  As in retail marketing, providing a more complete picture of your target customer to your sales staff can enhance their interactions and increase their rate of success.

One of the many benefits of working at Environics Analytics is the ability to access our proprietary segmentation system, PRIZMC2.  PRIZMC2 classifies Canadian neighbourhoods into 66 unique lifestyle types and is based on the integration of geodemographics and psychographics.  It also provides links to a number of media and marketing surveys for even more information about your target audience.  While it is not typically used for finding love, it is very flexible. 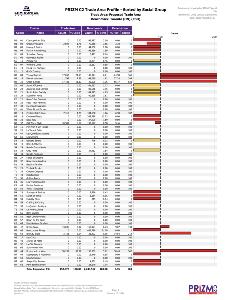 These icons represent the top five lifestyle types—or segments—that make up 84 percent of the adult population in the proposed trade area. The two largest segments, Grads & Pads (young, lower-middle-class urban singles) and Rooms with a View (young, ethnic singles in urban high-rises), reflect a population of young and active citydwellers. When we combine these clusters to create a target group, a deeper investigation using linked data sets and surveys enables us to flesh out our target audience. Now we can draw a more detailed picture of them—their lifestyles, media tastes, shopping preferences and values—and glean some ideas for dates using Print Measurement Bureau (PMB), AskingCanadiansTM and Social Values surveys.

The top five lifestyle types in the trade area.

One of the hardest things to do is start a conversation with someone new, so we need to figure out how to break the ice. What is important to your target customer? What will be a conversation killer?

In the proposed trade area, the residents are heavy readers of magazines and daily newspapers, and they’re heavy Internet users.  They like Facebook and YouTube at average rates, but are above average in their fondness for social media, particularly Twitter, Flickr, LinkedIn and Tumblr.  And they ride streetcars and subways.

As for their social values, they handle complexity well and are open to seizing opportunities and taking risks—perhaps meeting a guy who tracked them down with a series of data-based maps. This group likes to be admired for their fashion, their looks and their material possessions, so a compliment should go a long way.  Stephen should start with the shoes.  Shoes are always good.

What will kill the conversation? Complaining or disparaging the diversity of people found in Canada. Promoting a traditional family structure with marriage, children and a man of the house, as the only proper way to have a family is also a no-no.  And finally, insisting that life is better in the country compared to life in the city—that will leave Stephen dead in the water. 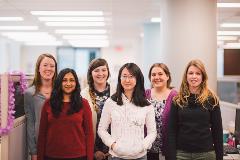 Assuming Stephen has successfully broken the ice, what should he suggest as a first date? Or a second date? Based on PMB data, I would recommend the following ideas for Stephen:

Fortunately, all of these activities are available within Stephen’s proposed trade area.  When we run a quick summary of area establishments based on our different datasets (Business and Fitness Locations), we see that there are an abundance of options.

Finally, and as our leader Jan Kestle always reminds us, a good marketing plan must include a way to measure results and adjust the approach. So Stephen should develop metrics to track his success and refine his strategy. Thai food a turnoff? Try Italian next time.  Yoga a non-starter? Think Pilates. And if one neighbourhood proves particularly attractive, consider seeking similar residents in a slightly larger trade area. Before Stephen knows it, demand (for a date with him) may outstrip supply (since there are only so many free hours in Stephen’s day). But that’s a good problem for Stephen to have.

Now replace my friend’s quest with a business challenge, like opening a new store location or launching a new product.  Quantifying consumers, identifying the competition, and building a deeper understanding of your audience to connect with them—all are critical steps. Positioning your media campaign with appropriate visuals and language will make your message more effective. Arming your sales staff with a detailed picture of your target customers will aid in their recognition of their needs and lifestyles, and ultimately help them close the sale.  Whether you’re looking for love or customers, it’s not that different. Hopefully, we all will be successful in our quests.