Geek Of The Week: Rupen Seoni

What launched Rupen Seoni’s career wasn’t a big break, but a kind word. While studying for his master’s degree in urban planning twenty years ago, Rupen was asked to create an easy-to-understand PowerPoint presentation on population trends. “For some reason, the professor loved what I did and told me so,” he recalls. “From then on, I
“The Maestro”

found myself trying to do more innovative presentations of data, trying to inject some interest in dry reporting.”

The positive critique helped steer Rupen away from urban planning and into marketing analytics. And after two decades of marketing jobs in a number of industries, Rupen finds himself at Environics Analytics as the vice president and leader of the company’s most wide-ranging practice: packaged goods, automotive, public sector, not-for-profit, government and health (PAPN). As the chief of an eight-member team of client advocates and sales veterans, he likens his job to that of an orchestra conductor who also plays an instrument with the group.

“I believe it’s my job to make sure everyone is at their best for their customers,” he says. “And over the years, I’ve seen the team grow and do better and more interesting things for our clients. Although I used to think of myself as a client-facing person, now I get a lot of satisfaction out of leading this team.”

“I tell client advocates to get to the need behind the need.”

Exactly how Rupen inspires his team is no secret: to him, a good leader respects his team’s abilities, communicates confidence and gives team members room to do their jobs. “You just have to be a good listener and give people some rope to explore and make some mistakes. Sure you have to offer some guidance, but it’s too much to have your fingers in everything.”

For Rupen, being a good listener is just as important when working with clients. As a former director of client services, Rupen stresses the importance of communication to understand the challenges that clients are facing. “I tell client advocates to get to the need behind the need,” explains Rupen. “Too often, customers try to tell us what they want in our language. But I prefer to ask them a lot of questions to learn what they’re really trying to do in their language. That way, we can do a better job proposing a solution—and open up more business opportunities for us to help them.”

Rupen wasn’t one of the original six members of Environics Analytics, but he was hired six months after its founding in 2003. He remembers those early days as having a boots-strap, start-up atmosphere. When colleague Catherine Pearson sold EA’s first PRIZM project, Rupen recalls his excitement being tempered only by the realization that they had yet to develop a standard suite of reports to bolster findings and conclusions. “I remember staying up into the night to design our first PRIZM bar charts and ranking reports,” he says. “It was all cut-and-paste and ones and zeroes to select our clusters. And that’s how we made our reports for a good year.” 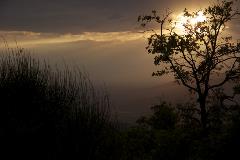 Then there was the early sales trip to Vancouver, when Rupen accompanied company president Jan Kestle to make a presentation to an electronics retail chain. During the discussion, one of the company executives asked if EA could cluster its Canadian stores based on sales and demographics. “Of course,” Jan responded and had Rupen make the calculations on
Rupen’s hobbies include travel and
photography; here’s his photo of a
sunset in Tuscany.

the spot. “Jan gives new meaning to the concept of hands-on session,” he says. “I had only twenty minutes, but I somehow succeeded.”

“I’ve always loved this business,” Rupen continues. “It doesn’t surprise me that I’m still here, just how much time has passed.”

Rupen’s passion for analytics and geodemography began young. Raised in Niagara Falls, Ontario—“I tell people I was born in the wax museum,” he quips—Rupen recalls his family’s day-long trips to Toronto. “I remember the rides home and just staring at the city until I couldn’t see it anymore.” At home, he’d pull out an old, 1960s-era Reader’s Digest World Atlas and spend hours poring over the maps. “I’d look at the pattern of poverty and malnutrition and who owns automobiles,” he says. “I’d just turn the pages of maps and stare at them.” 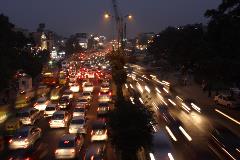 At school, Rupen excelled in geography and economics, and he attended the University of Western Ontario, where he earned a bachelor’s degree in finance and economics. He took a year off to travel and work in a bank before enrolling in graduate school to study urban planning at the University of Toronto. But Rupen soon soured on the idea of a career in urban planning. While working as a summer student at the Metro Toronto Planning Department, he was struck by the power of politics to influence what he thought should be an impartial planning process. “It hit me that all the great ideas and issues are at the whim of politics,” he says.

But his background in urban planning gave Rupen an edge when it came to a career in geodemography and marketing analytics. He landed his first job as a market analyst for Nielsen after convincing the reluctant recruiter why she should hire an urban planner. “I explained that an urban planning degree is like an M.B.A. for the public sector,” Rupen says. “The skills are similar. It’s about making decisions based on where the trends are going for a population or housing or economic growth.” 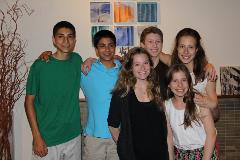 Two years later, he joined Compusearch, after looking up a former professor, Tony Lea, who was working there. Now EA’s Senior Vice President and Chief Methodologist, Tony had taught Rupen as part of a GIS seminar at Ryerson University. While at Compusearch, Rupen helped drive sales for its packaged goods practice, and he picked up valuable guidance from Jan Kestle, then the president of Compusearch. In 1999, he moved on to the Campbell Soup Company as manager of syndicated research and analysis. After that, he joined CIBC to serve as director of its customer satisfaction tracking program—applying Big Data concepts long before the term came into vogue. “We’d try to answer questions like, ‘What’s the long-term value of a customer who brings their payroll deposit into the bank?’” says Rupen.

Then, in 2004, Rupen was laid-off as part of a corporate downsizing. But he barely had time to take a break between jobs. On his last day at CIBC, Jan Kestle called and invited him to join her fledgling company, Environics Analytics. That was on Friday; the following Monday Rupen met Jan in her office, and a week later he signed a contract with EA. After a long-planned vacation touring the U.S. and Europe, Rupen became EA’s eighth employee, hired as the Director of Client Service. Four years later, he became the PAPN practice leader, overseeing a team that helps businesses and public-sector organizations understand population trends, segmentation and performance benchmarking.

Today, Rupen describes his workdays as mostly a series of conversations—“to colleagues, clients and partners. I’m always talking to people in the office,” he says. He worries little about maintaining a work-life balance because both spheres “seem to encroach on each other. And I don’t mind talking about my work life at my home life,” he observes. “I went to a friend’s birthday weekend at a cottage and everyone wanted me to pull out my laptop and look up postal codes.”

But there’s much more to his home life than PRIZM parlour games. For 15 years, Rupen has been with his partner, Gerry Dimnik, the chief information officer at the Royal Conservatory of Music. The couple live in Riverdale, which PRIZM classifies as Continental Culture, home to upper-middle-class, multi-ethnic urban households—an accurate description, says Rupen. “It’s a neighbourhood that has evolved over the last hundred years from an Irish ghetto to an Italian landing spot to Greektown. On a summer day, you can take a stroll down Danforth Avenue and run into friends at all the outdoor cafes. There’s a real sense of place.” 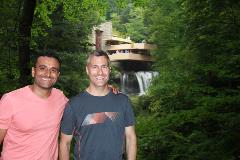 frequent museums and art galleries. The couple has also traveled the world, visiting South Africa, Iran, the Galapagos Islands and countries throughout Europe and South America. But they’ve spent the most time in France, with Gerry’s sister, and India, where Rupen has family and friends.

“I find India a fascinating and frustrating place but always very stimulating,” he says. “The people there approach life differently. You’d never dream of turning up unannounced for tea at someone’s place in Toronto. But that’s perfectly fine there. Everything there is more haphazard and chaotic, but it has advantages. You make connections with people in an unusual way.”

And it’s in making those connections that Rupen clearly excels—whether among family and friends, colleagues and clients or even various customer databases. Although Rupen admits that he’s not much of a musician—his performing career on the violin and trumpet didn’t last beyond middle school—as leader of the PAPN orchestra he seems to bring out the best in his team. For every project, he strives to create a master work of marketing analytics.