Geek Of The Week: Andrea Longman

A chance encounter at a wedding in 2011 brought Andrea Longman to Environics Analytics. At the time, she seemed to have it all. As a former insurance administrator overseeing CRM practices, Andrea had travelled the world, visiting company offices in Italy, England, Scandinavia, Mexico and cities across Canada. “I had the great job, the great travel and the great shoes,” she says. “It was awesome but exhausting.”

At the wedding, Andrea bumped into Jan Kestle, president of Environics Analytics and the former president of Compusearch where Andrea got her first job in 1997. Their conversation had a profound impact. “Jan asked, ‘What are you doing? What do you want to be doing?’” Andrea recalls. “And I said, ‘I’m working on being happy and content with my life.’ But at the time, I was tired, my friends were disappearing, and I was beginning to feel empty. I told Jan that I wanted to find something that would allow me to live a balanced life.”

About a month later, Andrea noticed a job posting on the EA website and applied for the Senior Client Advocate position in the financial, insurance, travel and telecommunication practice. She interviewed with Jan and Catherine Pearson for the position and soon afterwards learned she’d gotten the job, joining a number of former Compusearch colleagues who had also made the move to EA. “When I came to EA,” she says, “I felt like I was coming home.” 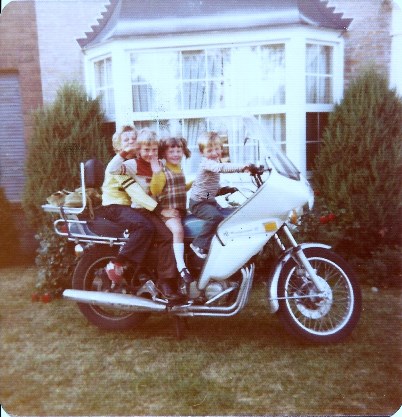 With her brothers and a hog, a pig-tailed Andrea was photographed in 1977.

For Andrea, her sights have always been on the stratosphere while her heart yearned for the comfort of home. As a youngster growing up in a family of six in Ottawa, she talked of becoming a nuclear physicist. “I was one of those obnoxious children who wanted to go to the moon,” she says. “I was precocious and verbal.” Her parents—her father was an engineer, her mother a stay-at-home mom who later became an accountant—didn’t want to discourage her. But with only one breadwinner in the sprawling family, Andrea remembers a lower-middle-class upbringing that limited some choices. “My dad had one job, four kids and a wife in the university,” she says. “We ate a lot of weenies and beans.” Although she and her siblings didn’t have a lot of toys, they never lacked for books, remembers Andrea. “My parents always chose books over toys.”

Not surprisingly, Andrea became an honour roll student, though she credits raw intelligence rather than hard work for her success. “I was a lazy student who always got good grades,” she admits. That pattern changed when she entered the University of Western Ontario with plans to study economics and mathematics. In her freshman year, Andrea learned that her mother had been diagnosed with multiple sclerosis, and the 18-year-old suddenly found it difficult to concentrate on her studies. Andrea moved back home. “I was young and close to dropping out,” she recalls. “But my mom told me to pick the easiest degree and get out. Because I read nonstop, I figured I’d try for an English degree.” Andrea applied to Carleton University and within a year-and-a-half of declaring her major, earned a Bachelor of Arts degree in English.

With the recession of 1990-92 still looming over the job market, Andrea found few job opportunities for a recent grad with an English degree. When her then boyfriend decided to attend Ryerson University, she followed suit, drawn to the applied geography program. “I liked the fact that applied geography pulled in both my math background and my storytelling experience from the literature degree,” she explains. “In applied geography, you tell stories with maps.” 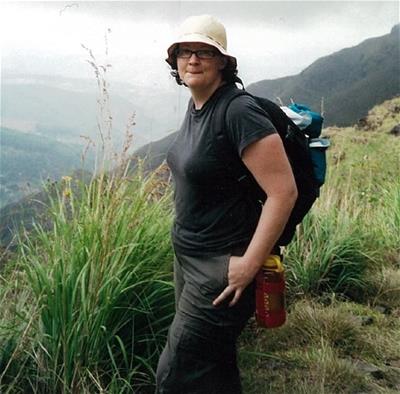 Andrea studied at Ryerson, completed her fourth year on an exchange program with the University of Portsmouth in England, and returned to earn her second undergraduate degree, an Honours Bachelor of Arts in Applied Geography. While searching for a topic to complete her thesis, one of her professors suggested she solicit ideas from executives he knew at Compusearch. Andrea didn’t waste the opportunity. “When they asked me about my topic for a thesis, I responded, ‘What should I do to make myself more interesting for you guys to hire me?’” recalls Andrea. Ten months later in 1997, Andrea landed her first job, as a Research Associate, at Compusearch.

That same pragmatic determination continued to serve Andrea throughout her career. After working at Compusearch for several years until its acquisition by MapInfo, she moved to the marketing side of the business in the financial and retail industries. Over the years, she held senior-level positions in customer relationship management and marketing at Aviva Canada, Nielsen and Royal & Sun Alliance. (She earned a professional certificate in CRM in 2003.) Although Andrea originally came to EA as a Senior Client Advocate, she admits today that the role wasn’t the best fit at the time. “I’d been out of the data side of the industry for 15 years,” she says, “and I felt more comfortable on the client side.” When an opening came up two years ago on the Standard Research team, Andrea’s experience with both clients and client advocates made her a natural choice. “I know what the clients and advocates go through when they get our data and output, and how they use it,” she says.

In her current role as a Senior Research Analyst, Andrea helps clients solve their marketing challenges with customer profiles, trade area reports, custom maps and data services. “What we do is like baking a cake—but with maps, reports and profiles as ingredients,” she says. “I’ll get the flour and eggs and suggest to the Client Advocate, ‘Rather than this cocoa you wanted, let’s get better quality chocolate.’ The Client Advocate will be in charge of the final recipe and decorations, but we bake it together.”

“The favourite part of my job is delivering something pretty,” she says. “In the end, I want to turn this chaos of data into a beautiful summary that’s clean and understandable.”

And as any good baker would tell you, the proof of the pudding is in the eating, but the final presentation can make all the difference. “The favourite part of my job is delivering something pretty,” she says. “In the end, I want to turn this chaos of data into a beautiful summary that’s clean and understandable. I like it when people get excited because they now can see stuff that they didn’t see before.”

She may be self-described as high-energy at work, but at home Andrea likes to relax in the quiet comfort that her established community offers. She lives in a 1920s-era apartment in Forest Hill Village that still features the original wood floors and paneling. Her neighbourhood is classified Urbane Villagers by the PRIZM segmentation system, and the segment’s upscale urban profile is apropos, according to Andrea. “There are four coffee shops at one end of my street and a high-end gym where the ladies-who-lunch work out,” she observes. “Everywhere you look are fluffy dogs. And a lot of teenagers have Mercedes SUVs, so you always have to watch out because they speed a lot.” 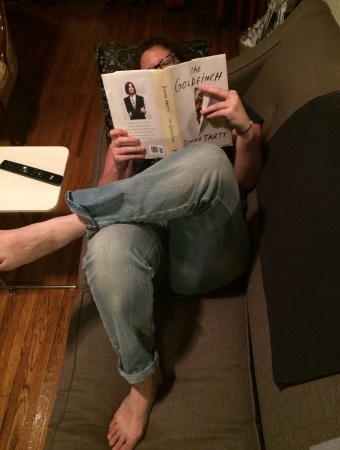 Andrea shuns the neighbourhood “fitness spa,” preferring instead a local gym where she has convinced a half-dozen EA staffers to join her for once-a-week workouts under the stern command of a boot camp-style trainer. On weekends, she exercises by walking, exploring Toronto’s diverse neighbourhoods. “What I enjoy is walking three blocks one way and finding a completely different microcosm community,” she says. “It will have its own coffee shop and bakery, one great restaurant and a bunch of cute shops.” Back at home, she enjoys hosting small gatherings of friends for dinner or drinks. “Big crowds aren’t my favourite,” she says. “I like small groups where everyone feels a part of it.” Andrea has never abandoned her passion for literature and she’s still a voracious reader, gobbling up about five books a week. She says her preferred genres include fantasy and spy novels and lists Alan Patton (Cry, the Beloved Country), Anne McCaffrey (Dragon Riders of Pern) and Edward Rutherford (New York, Paris, London) among her favourite authors. With the notable exception of autobiographies, she describes her tastes as eclectic, as long as the writing is engrossing. “After eight at night, my friends know that I’m home reading a book,” she says. “And that makes me happy.”

Now that she’s been at EA for three years, it’s natural to ask whether Andrea has finally found the equilibrium she’s long sought between her driven nature and her need for peace and quiet. She considers the question for a moment and sighs. “The short answer is yes,” she says slowly. “I like everyone I work with. I like the work I do. And I feel that I have achieved balance in my life. Mostly, I feel like I have a family at work, and I feel like I’m part of the family.”