Geek Of The Week: Margarita Izumyska

On first meeting her, Margarita Izuymska may remind you of an elegant, long-stemmed rose—her favourite flower. With her rich Russian accent, warm smile and easy-going charm, she invites you in. But she’ll also warn you to watch out for an occasional thorn. As a Senior Statistician with the Custom Research department, she can be very focused when it comes to getting a job done. “I'm a very soft person at first sight,” she says, “but in reality I’m not. I can be very tough.”

Margarita’s self-described toughness stems, no doubt, from her passion for her work. The trained statistician joined Environics Analytics from Generation5 and, prior to that, worked in the insurance industry as a data analyst and actuary. At EA, she builds segmentation systems, analyzes consumer behaviour for insights and develops models to help predict how products and services will perform in the marketplace. And she’s earned a reputation among teammates for bringing a project to a timely finish.

In fact, Margarita has been known to go without food, sleep or necessity breaks in order to complete an assignment. Recently, as she began working on a Census project, she realized the deadlines were tight, time was limited and the work was new to her. She knew the project required repeat calculations and processes to ensure the accuracy and clarity of the results. So she worked late nights, skipped full nights of sleep and quietly finished the task.

“I worked at it until it was complete and I wouldn’t let anything get in the way,” Margarita recalls. “It’s hard to take a break, even to eat something, when I’m focused.”

Despite the challenges, Margarita likes the creative aspect of her work. To some, plowing through thousands of statistics, lines of calculations and countless spread sheets doesn’t sound like creativity. But Margarita points out that pulling apart the numbers, layering them in different patterns and testing calculations requires more than just applying theories. While she acknowledges the importance of starting an analysis with a strong theoretical foundation, she’s a firm believer in looking creatively at the information in different scenarios in order to find the best results. She tells of a US retail client branching into the Canadian market. With the retailer lacking Canadian customer data, the team needed to predict the postal codes where people would be most likely to shop at the retailer’s stores. Through a process of creatively layering her statistical knowledge and experience into the work, Margarita developed predictions that showed the larger pattern of behaviour. “When you put together the statistical theories with your practical knowledge,” she notes, “you really see the power of the data. I could understand who would shop there.”

“My parents are my heroes,” she says with pride. “They are very honest, good people, and I want to raise my children like they raised my brother and me.”

So far, her short time at Environics Analytics has been very promising as she builds segmentation systems as well as relationships with new colleagues. Speaking three languages, including Russian and Hebrew (she lived in Israel for 12 years), Margarita is delighted to practice her English. And though she says her most unusual experience at EA thus far has been her selection as Geek of the Week, she speaks proudly about joining a company with a solid foundation and opportunities for growth. 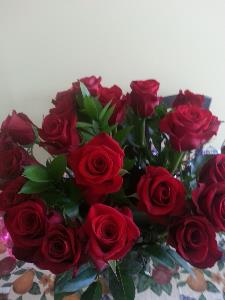 Margarita’s path to the tidy desk she keeps among fellow EA statisticians has been touched by some significant changes in her habitat. Born in Lugansk, Ukraine—a city of nearly half-a-million people—she grew up in a house with her brother and parents in a middle-class neighbourhood. Her mother worked as an accountant, her father was a mining engineer, and their home offered a secure and nurturing environment. “My parents are my heroes,” she says with pride. “They are very honest, good people, and I want to raise my children like they raised my brother and me.”But her parents were practical, too, wanting

A room filled with Margarita's favourite
flowers at home.

Margarita’s toughness came in handy when she uprooted herself—and later her young family—first from the Ukraine to Israel in 2000, and then from Israel to Canada in 2012. She met her husband Yegor in 1989 while she was studying to be an accountant in college in Lugansk. Later, after the birth of their first daughter, Maria, the family decided to settle in Israel for the education and job opportunities. Upon completing her education in statistics and actuarial science at the University of Haifa, Margarita worked as an actuary at an insurance firm. But the family saw Canada as offering more opportunities, and truth to tell, Yegor likes change, Margarita concedes. Canada offered Yegor the opportunity to find work as a nurse in a politically stable country with a climate similar to the Ukraine. By the time they left Israel, their family had grown to two children with the addition of son Alex. 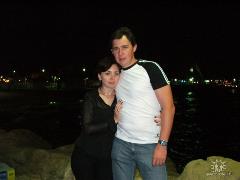 Life in Canada seems to have met Margarita and Yegor’s expectations in terms of career opportunities and raising a family. In fact, their third child, Sophia, was born last year. Margarita and Yegor have been married now for over twenty years, and she regards her family as a point of pride. Although she confesses to having little “me time” while raising three children, she states that self-fulfillment comes in moments she has with her children. Maria, 20, has a passion for drawing that she hopes to turn into a career in interior design and real estate. Alex, now three-and-a-half, is described by Margarita, as “quick-witted, already knows how to count and is learning the alphabet.” And at seven months old, Sophia is quickly establishing her position in the family, according to her mom, appearing to be a serious youngster.

Although Margarita is busy, she says that she can count on Yegor and Maria to help out with the kids and housekeeping, allowing her to devote full attention to both work and family. Her idea of free time is sightseeing with the kids, seeing family friends on weekends or entertaining visitors from Israel. If the week had eight days, she says, one of them would be spent outdoors, hiking with her family; the Dundas Valley is one of her favourite hiking spots. 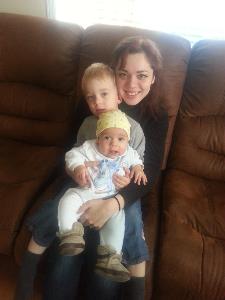 The family settled in Maple, a suburb north of Toronto, which the PRIZMC2 segmentation system classifies as a Pets & PCs community. Margarita maintains the description is fitting as her neighbourhood is mostly filled with large, upscale families with diverse ethnic backgrounds. Like other families on her street, she considers her backyard to be her sanctuary where she can watch the kids play as dinner sizzles on the barbeque. For now, home, career and family are the focus. One day, when the kids are a little older and Margarita has more time to tend a garden, there may be a bed devoted to her favourite flowers—roses.

A cozy cuddle among Maria, Alex and Sophia, the baby.