Geek Of The Week: Gary Wood

Gary Wood remembers no “Eureka!” moment during the creation of ENVISION, Environics Analytics’ flagship online marketing tool. For most of 2008, he and a team of three software developers toiled to develop the innovative software that offers a suite of one-click applications to connect users with customers and markets. To Gary
“The Chief Envisioneer”

and the team, the product resulted from a series of “progressive enhancements,” not some great epiphany. “With every creation, there were always stops and starts,” says Gary, EA’s Vice President of Software Development. “It’s always building on what’s true and what you expect to be true in the future. If there is some epiphany, you’re either very lucky or very blind.”

But as any inventor knows, success is generally the product of sheer determination and long hours of hard work. And Gary and his team were working to put the final touches on ENVISION right up until the morning of its launch on January 19, 2009—and even then, it wasn’t finished. “One of my mottos is ‘good enough, but no better,’” he says. “It means that you don’t have to be a perfectionist to get a product to the point where people can use it productively. And you then have time to make improvements and enhancements in the future.”

Four years later, Gary still radiates a parent’s pride when he hears how much clients love using ENVISION. As the leader of a department of four software developers, Gary embodies equal parts designer, artist, psychologist and techie. Although ENVISION wasn’t his first software creation, it may prove to be his most popular. The online tool, with a user-friendly interface accessing more than 200 data-driven reports, has transformed the analysis of trade areas. To produce its executive summary report—which features 19 pages of maps, bar charts and analytics—a researcher would have had to devote a month of steady labour. ENVISION churns it out in less than five minutes. 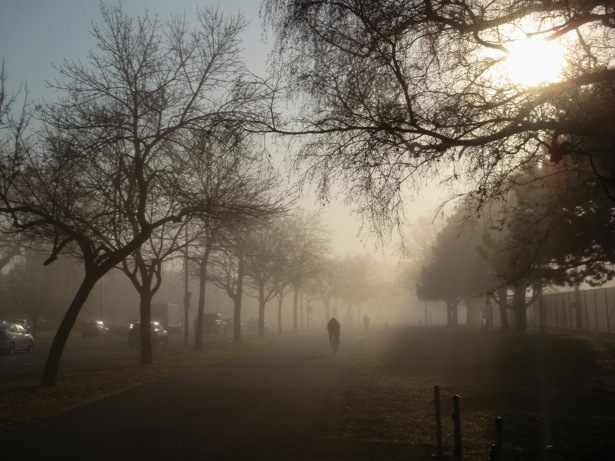 But Gary appreciates the software as much for its utility as its speed. “As a programmer, I love the fact that there are some very elegant and eloquent routines inside,” he says. “Normally, you try to take something that’s computer friendly and make it human friendly. We did the opposite, starting with the end-user application that’s human friendly and turning it into something computer-friendly through the technology.” He says he drew inspiration from Edward Tufte, the statistician and information designer who advocates displaying as much data as possible with as little ornamentation as necessary. While few people take such philosophies to heart, Gary has used it as a guidepost in his quarter-century career designing data tables, charts and information dashboards. Asked to describe his job today, he responds with a smile, “Chief Envisioneer.”

Gary came by that designation through a circuitous route. Like many at EA, Gary is a first-generation Canadian. Born in Lancashire, England—“where the Industrial Revolution started,” he says—his family moved to Kitchener, Ont., when he was four. His father worked as an industrial engineer, first in shipbuilding and then in automotive manufacturing, while his mother worked as an office administrator. Young Gary was always good at technical subjects, but he also liked English and art. Growing up in the 1960s before the advent of PCs, he satisfied his tech curiosity by building model airplanes that flew and creating intricate dioramas for his electric train set.

But he was always drawn to computers; his first machine was an Atari 800 that featured a black-and-white TV set as a monitor. He mostly used it for word processing, but he also began learning an early programming language called Basic in order to draw and play games. In 1984, he developed one of his first applications: a generative music player that ran the notes all in the same key signature. “It resembled the background sound of a party that’s really trippy,” he recalls.

Dismissing the geek label, Gary describes himself as equally “left-brain/right-brain”—both analytical (the left side of the brain) and artistic (the right). He well knows the distinction. As a student at Western Ontario University in the 1970s, he earned both bachelor’s and master’s degrees in social psychology. He wrote his master’s these on cognitive neuropsychology, or the study of brain organization. After designing an experiment to see how people absorb information on each side of the brain, he wrote his own software to help analyze the data.

“There’s an excitement to doing something new, though we’d done it countless times before.”

Gary left the university in 1985, fully thinking he’d work as a psychologist. But after spending a year as a research assistant in the psychiatric ward of the University Hospital of London, he decided to quit the world of what he called “plaid jackets with leather patches.” In 1987, he started working as a researcher at Compusearch, where he was hired by Tony Lea, now EA’s Senior Vice President and Chief Methodologist, because he could do factor analysis. Gary left after about three years to go on his own, writing business applications for small companies, but two years later he returned to Compusearch and its data development group. This time, he stayed for eleven years, developing an expertise as a software developer and becoming the chief architect of micromarketing software like MarketMath™ and a map-centric application called Zephyr™. It was there Gary first met EA founder and president Jan Kestle, who had just been brought in to run Compusearch’s not-for-profit practice. 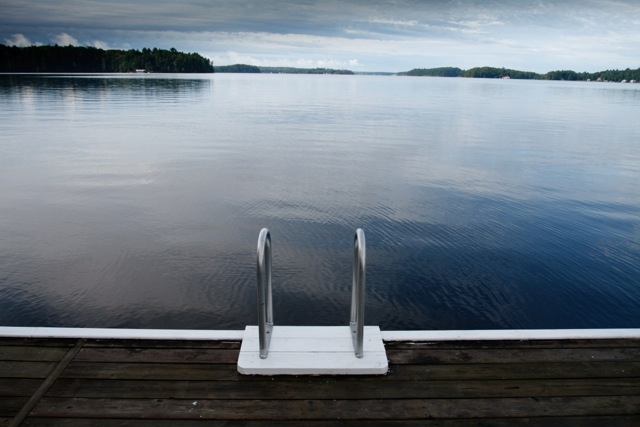 Gary worked at Compusearch until 2004, after it was bought by Equifax and then spun off to MapInfo. When he heard that Jan was starting her own company, Environics Analytics, he signed on as one of its first ten employees. He recalls the early days as an exciting, heady time. “We were squatting in sublet space which had been a call centre,” he says, “and you had to watch your step because of all the wires on the floor. But it was fun. There’s an excitement to doing something new, though we’d done it countless times before.”

Since then, EA has grown to 60 people, including many industry veterans with whom Gary’s worked for years, as well as the mostly younger staff members on his software development team. “Sometimes, I feel like I’m mentoring them,” he remarks, “and other times I think they’re already ahead of me.” Although he’s currently not building any new software from scratch, he continues to enhance ENVISION with a more flexible architecture to provide more interactivity for users. And true to his philosophy, the forthcoming ENVISION 3.0 will feature the same spare interface accessing a rich lineup of reports and maps. “My design philosophy is minimalist,” he says. “I don’t like a lot of crazy colors or flashy icons to distract the eye. The product should not appear designed but focused on getting the job done.”

Gary’s life away from work reflects his Renaissance nature. He and partner Lauralea Mast, a media consultant, live in a 1930s two-story house near Royal York and Bloor Streets, a neighbourhood classified by PRIZMC2 as Money & Brains (upscale, educated couples and families). He maintains the characterization is fitting, despite a recent wave of younger families gentrifying the area. And like most Money & Brains members, the couple likes to travel to the U.S. and Caribbean, though they plan to expand their destinations to Europe this year. On his own, Gary likes to spend his time playing guitar—especially classic New Orleans blues—which he likens to a form of meditation. “It helps me de-stress,” he says simply.

But he says his favourite hobby is photography. He likes shooting landscapes and cityscapes, especially in warmer weather, and he rarely hits the road without carrying a camera. “I’m currently using my sixth digital camera,” he laughs. Indeed, his twin passions for travel and photography have probably produced terabytes’ worth of images. At the moment, he calculates that he’s stored tens of thousands of photos on his hard drive. And as someone with an equal left-brain and right-brain mindset, he appreciates both the art and the organizational challenge of his collection.