Does The 21st Century Belong To Women

I recently attended a presentation on the changing demographics in Canada given by my colleague Doug Norris, Senior Vice President and Chief Demographer at Environics Analytics. When he discussed the growing potential of Millennial women in Canadian society, it occurred to me that these young women (15 to 34 years old) are succeeding at unprecedented levels compared to their male peers and their Baby Boomer mothers. With this reality in mind, I’ve come to the belief that the 21st century will belong to Millennial women. Here are three reasons supporting the case:

Approximately 75 percent of Millennial women have pursued post-secondary education as opposed to 56 percent of Boomer women. More importantly, 39 percent of Millennial women have completed a university education—double the 21 percent of Boomer women. As for their male peers, fewer Millennial men are pursuing any post-secondary education (65 percent) and far fewer, 28 percent, have completed a university degree. As has been frequently reported, people who attain a higher level of education typically earn higher salaries, so their pursuit of advanced degrees bodes well for this generation of women. 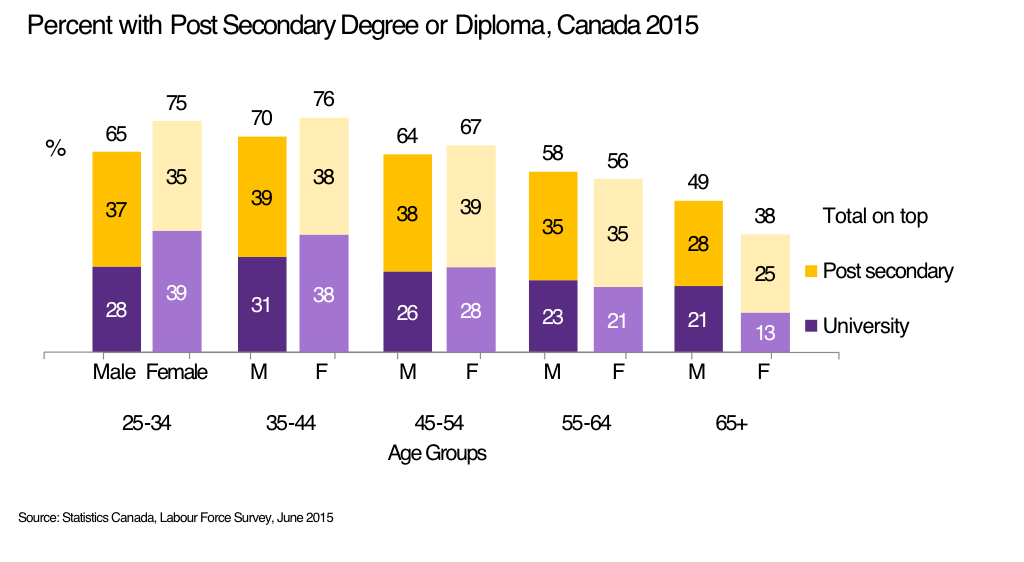 Overall, more Millennial women are choosing careers as professionals in a variety of occupations compared to their male peers. For example, over 80 percent of newly graduated veterinarians, 64 percent of optometrists and approximately 60 percent of family doctors and dentists are women. I’ve personally experienced this demographic reality as a Toronto resident. At my most recent check-ups at the optometrist and dentist, I was asked if I would like to be seen by the newest members of their teams—young women—because my regular middle-aged, male practitioners were not available. It’s not hard to imagine a future, say, 15 to 20 years from now when many of these professions will be comprised primarily of women.

Over the last 15 years or so, Canadian men’s income increased by 7.1 percent while women’s incomes have increased by 22.1 percent—nearly three times more. While it’s true that women typically start at a lower pay level, the good news is they are making progress over time. In fact, in 2013 wives were earning more than their husbands in 30.4 percent of households. I can’t predict the future, but the income gap is clearly closing. 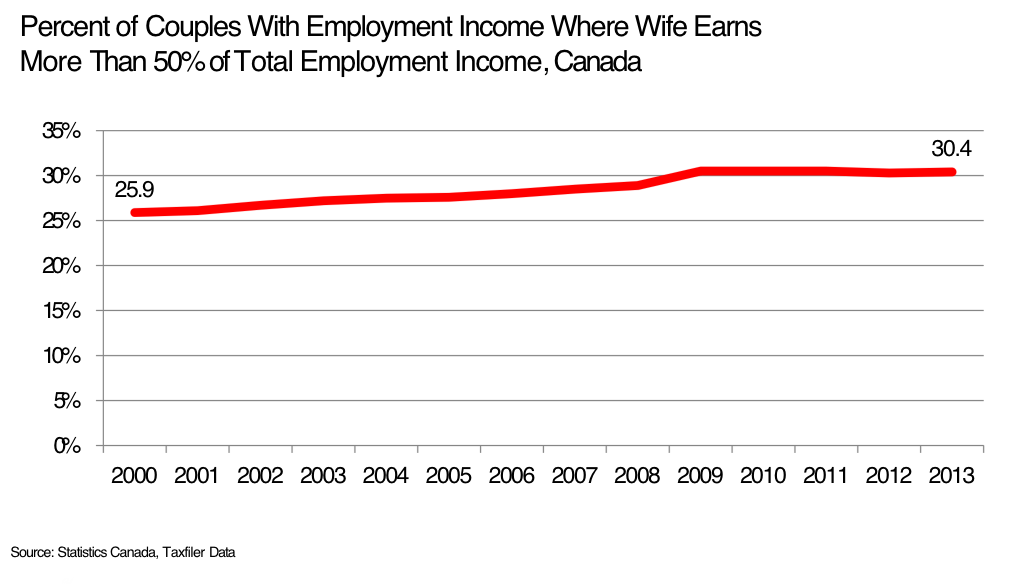 Am I being too optimistic? Let me know what you think. But if demographics is destiny, the trends are all pointing in the direction of women dominating the 21st century.