Geek Of The Week: Doug Norris

The reporters began shuffling into the conference room at Statistics Canada’s Ottawa headquarters well after dark, not to leave until the next morning. All mobile devices were collected. Internet connections were banned. It was March 2002, time for the release of the first results from the 2001 Census. And, for the first time in history, Statscan was holding a Census “lockup”—sequestering reporters for a pre-release briefing before the official release in the morning.

As one of the creators of the event, Doug Norris, Ph.D., then Director General of Social and Demographic Statistics at Statscan, believed in working with the media to popularize the Census. By offering reporters an early release of the Census 2001 data and providing Statscan officials for interviews before the formal launch, Doug believed that the agency would get more—and more insightful—coverage of the new Census results. Although some colleagues thought that locking up reporters for nine hours was a bit over the top, Doug’s dramatics had the intended effect—and more.

When Statscan officially released the new Census figures the next morning at 8:30, the website crashed within an hour. “There were too many users accessing the information,” recalls Doug, smiling at the memory. “Our chief statistician was on vacation in Florida, and he couldn’t get online. But we assured him that it would be back up quickly, and it was. The new release was a big success.” 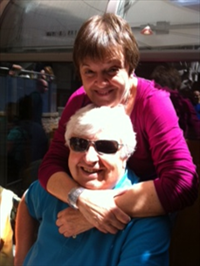 In many ways, the event was typical Doug, who’s spent much of his career spreading the word about the importance of demographic data. At Statscan where he worked for 30 years, he earned the nickname “Mr. Census” because of his frequent interviews intended to help, in his words, “push data to the people.”  Now at Environics Analytics (EA), where he serves as Senior Vice President and Chief Demographer, he continues in that role, though his new audience consists of EA customers who want to learn how Canada’s changing demographics affect their strategic planning and marketing.

“My job is all about helping people understand demographic trends and how they matter to their organization,” Doug explains. “My favourite part is explaining to a client the story of what the data is saying about their business or industry and where they need to go. I truly like to analyze data and explain why it’s meaningful.” 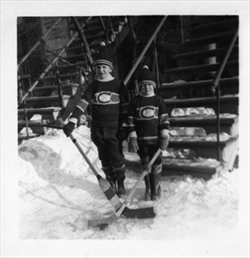 Now considered one of Canada’s leading demographic experts, Doug admits that, when he went off to university, he had little idea of what demography was. The product of a working-class Montreal family—his father was an accountant for a small firm, his mother a homemaker until her six children had started school—Doug was the eldest child raised in a part of Westmount that he describes as “the other side of the tracks. Some kids weren’t allowed to come down to my neighbourhood because their parents thought it was too rough,” recalls Doug.

Hardly a star student, Doug failed the tenth grade. “My mother says it was because of too much partying,” he says, “but I think we had very bad teachers.” Still, Doug wanted to go to university and despite resistance from his high school principal who thought he was overreaching, Doug took extra math classes to prepare for the qualifying exam to McGill University.  “At the end of the summer, I took the exam,” he says, “and scored a hundred percent.”

Doug majored in mathematics at McGill and, after completing his bachelor’s degree, stayed on to earn a master’s degree in statistics. Planning to continue on for a Ph.D. in statistics, he applied to programs in the U.S. at Stanford and Johns Hopkins universities—the latter featuring a biostatistics program in its School of Public Health. But soon after both schools accepted him, he received a call from a Johns Hopkins professor in the school’s demographics program, offering a full scholarship if he’d combine his interest in statistics with demography.

“At that time, I didn’t know what demography was,” remembers Doug. “I had never had a course in it. But the scholarship was enough to support me and my soon-to-be wife. And I could still be enrolled in the biostatistics program while taking courses in the demography program.” Doug accepted the offer and, the day he married Theresa Shanahan in 1969, they packed up his father’s car after the ceremony and headed south. “We celebrated our honeymoon in Glenn Falls, New York, on the way to Hopkins,” he says. 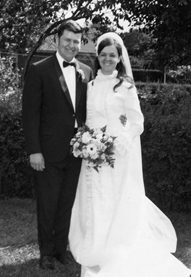 For Doug and Theresa, their new hometown of Baltimore, Maryland, was a culture shock. Throughout their five-year courtship, they’d never travelled outside of Montreal for more than a week. In Baltimore, they moved into a new apartment building with other young couples—some graduate students, others returning servicemen from Vietnam. After earning his Ph.D. in biostatistics and demography, Doug stayed at Hopkins to teach for two years before moving to the University of Calgary Medical School, where he taught statistics to medical students. The couple soon had two daughters, one born in Baltimore, the other in Calgary. Then through a connection at Johns Hopkins, Doug learned of a job opening at Statscan in 1976. At 30, Doug became a junior analyst in the demography division.

“What interested me the most was using data to tell stories about society,” he says. “I was always interested in the Census programs but not the operational part. I cared about the questions included in the Census, the quality of the data and the way the data would be disseminated.”

Over the next three decades, Doug worked his way up at Statscan, gradually taking on more managerial responsibilities and eventually, on retirement, earning a Lifetime Achievement Award for “Career Excellence at Statistics Canada.” Although he enjoyed working with others to develop and manage a large statistical program—he particularly liked mentoring young employees—Doug became less enthused about the increasing managerial demands. In 2006, EA president Jan Kestle offered him a job at her fledgling company, having met him when they both served on a Statistics Canada federal-provincial committee in the 1980s dealing with data issues. “I always loved to play with data,” he says, “and Jan gave me the opportunity to do that.”  On retiring from Statistics Canada, the Canadian Population Society awarded Doug a lifetime achievement award for outstanding contributions to Canadian demography.

These days, Doug assists companies, government agencies and not-for-profits use census and other statistical information in their marketing efforts. He’s a frequent presenter at industry conferences and author of articles on demographics, immigration, ethnicity and the family. He often consults with Tony Lea, EA’s Senior Vice President and Chief Methodologist, on the methodology for company products. He has no staff or managerial responsibilities—“been there, done that,” he says ruefully—and insists he’s happier working alone with an “open” portfolio to analyze ever-changing data. “I’m a big-picture guy,” he says simply.

In addition to his work at EA, Doug currently serves as an adjunct professor at Carleton University and the University of Alberta, while also working on a number of Statistics Canada expert advisory committees. “One of the most interesting things I did at Carleton was teach a research methods course that was required of third year students,” Doug recalls. “Most of these students hated data. But I worked hard at showing them how to use data to learn about social issues they did care about—like crime and employment. Soon I could see the lights go on with them.” One student even continued taking statistics courses and eventually worked for Doug at Statscan. 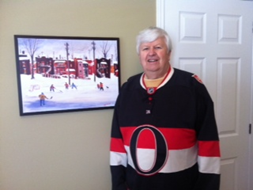 mess.”) PRIZM classifies his neighbourhood, Tweedsmuir on the Park, as Pets & PCs, community surrounded by young families. His office sits next to an entertainment room where Doug can indulge one of his passions: rooting for the Ottawa Senators hockey team. When not following their matches on TV, he attends half the games, faithfully wearing his Senators jersey. 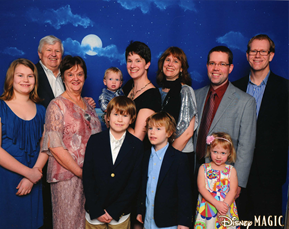 Theresa regularly fill in as babysitters and travel with them to holiday locales such as Montreal and Ogunquit, Maine. Next winter, the couple is taking everyone on a Disney Cruise. But they also enjoy travelling without the kids—last year to Ireland, next year on a riverboat cruise down the Danube.

While he relishes his role as grandfather, Doug claims he has no interest in giving up his position as EA’s Mr. Census any time soon. This past September, Doug returned to Statscan, this time as a member of the Canadian Press delegation for the release of data from the new National Household Survey.  He joined the media horde as an expert commentator at the now-standard overnight Census lockup. Just like the other participants, he checked his cell phone at the door, turned off his wifi connection and settled in for a night of data analysis and interviews as EA’s demographic expert. “In some cases, I developed my own story line and reporters ran with it,” he says. “In other cases, they had a story and had me comment on that.” For Doug, it was an evening doing what he does best: demystifying data and statistics.

Then he went home to do more media interviews throughout the day—trying to stay awake after a long, sleepless night. By sundown on the day of the Census release, it wasn’t the Statscan website that crashed. It was Doug.