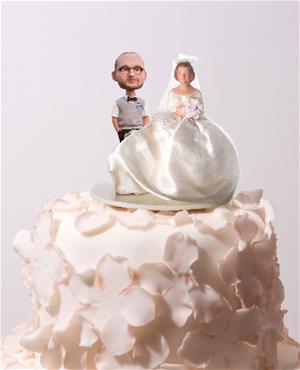 The countdown is on: 190 days, 23 hours, 34 minutes and 14 seconds until I (finally!) get married. At least that’s what my wedding countdown app tells me as I start to write this blog. My wedding is planned for August 1, 2015, in my fiancé’s hometown of Harrogate, North Yorkshire, England. What is also really exciting is that five of my colleagues are engaged to be married, too, with their wedding dates set in either 2015 or 2016. Our engagements apparently created a domino effect, with one announcement coming right after another, and now the office is abuzz with fun wedding plans. Traditional or modern gown? Three groomsmen or a six-pack? Classical harp accompaniment or alternative rock band?

Working in data analytics and market segmentation naturally got me thinking about our demographics and where, using PRIZM C2, I could locate other households that are similarly engaged, so to speak. I was also curious to see if the PRIZM C2 segments where we live indicate that our neighbourhoods are, in fact, prime targets for wedding products and services.

For the uninitiated, PRIZM C2 is Environics Analytics’ segmentation system that classifies Canada’s neighbourhoods into 66 unique lifestyle types. It integrates geodemographics and psychographics in order to provide insights into the behaviour and mindset of consumers.

To begin our analysis, here’s a very general overview of my engaged colleagues and me at Environics Analytics:

Next, I wanted to take a look at the PRIZM C2 segments where my colleagues and I live. It turns out that we’re currently members of a wide range of lifestyle types:

When segmenting the marketplace for clients, I would not typically combine such a diverse assortment of Canadians into a group as they are quite a mix: lower- to upper-incomes, urban and suburban settings, and of younger, family and mature life stages.

However, when I pulled them together as the “Environics Analytics Getting Married” (AKA “Geeks Getting Hitched”) target group, a report generated through our ENVISION software yielded some interesting demographic insights:

At this point, you may be wondering what any of this has to do with wedding bells. Well, the Environics Analytics Getting Married target group, which includes other households in our neighbourhoods, is 27 percent* more likely than average to have residents who have gotten married in the past year. And in one segment, Young Digerati (young, upscale, urban trendsetters) residents were 82 percent* more likely to have gotten hitched. Although past performance is not always an indication of future performance, behavioural analytics reveal these neighbourhoods are populated by people who tend to be making the transition to married life.

When a couple announce they are engaged, it often means that one partner has proposed and offered a ring, with a diamond being the conventional expectation. So how does this target group rank for purchasing diamonds? As a target group, they were 9 percent* more likely to have purchased a diamond in the past year, and within the target group, Pets and PCs (large, upscale, suburban families) ranked the highest, at 47 percent* above average.

Of course, after the engagement comes the wedding planning. And the data show that our target group is 26 percent^ more likely to have attended a wedding show in the past year, and 19 percent^ more likely to have read a bridal magazine—both of which are great starting points for organizing a wedding. Members of Grey Pride (lower-middle-class, suburban seniors) read bridal magazines at 68 percent^ above the average—perhaps to glean ideas for their grandkids or to plan for their own low-key wedding after the departure of a spouse. And as for bridal shows, Asian Affluence members (wealthy, suburban Chinese families and couples) attend at rates 120 percent^ above average while Cluttered Nests residents (upper-middle-class, urban couples and multigenerational families) attend at rates 52 percent^ above the average Canadian.

With so many pieces to organize for a wedding, it is not surprising that we turn to various vendors for help. Indeed, the Geeks Getting Hitched target group is 5 percent^ more likely than average to contact wedding service providers in the next 2 years. Zooming in to the individual segments, members of Grey Pride are 68 percent^ above average and Asian Affluence 54 percent^ more likely than average to seek out wedding services.

For brides, one of the most important aspects of a wedding is The Dress. And our target group does not disappoint. Our group is 16 percent* more likely than average to have purchased at least one dress in the past year. So we’re obviously ready for the challenge of finding that perfect gown in the near future.

It was interesting to learn that many in my neighbourhood are on the same wedding planning journey as I am, and I’m sure my engaged colleagues will also be happy to learn their neighbours are experiencing the same joys and jitters. It seems that where we live, and the associated PRIZM C2 segment where we’re classified, does in fact indicate that we are key targets for all things wedding. Now what about releasing butterflies instead of throwing rice . . .