How do you profile people who are always on the move? It’s an important question for marketers and public officials, but it can be a difficult one to answer. Ask yourself, how would you determine who attends the famous New Year’s Eve countdown in Times Square? Is the event full of families with kids or overrun by young singles looking to party? Those may be reasonable guesses, but even if they’re correct, what percentage of crowd do they account for?

With so many people pressed into Times Square to watch the annual ball drop, traditional methods can’t adequately answer these questions—but mobile analytics can. To answer these questions as efficiently and effectively as possible we created MobileScapes, an easy-to-use mobile analytics tool accessible within ENVISION, our purpose-built analytics platform. MobileScapes leverages anonymized, permission-based location data collected from smartphones from predefined areas over a set timeframe. These data can also be used to estimate the likely home ZIP codes (and in most cases, work locations) for the holders of those observed devices.

Let’s go back to our Times Square example. The first step is to figure out the area you want to profile. In this case, I selected the “BowTie of Times Square (42nd to 47th Sts. between Broadway & 7th Ave.), which organizers describe as being the prime viewing area. Next, I used MobileScapes in ENVISION to trace a geofence around this target location. After that, all I have to do is specify the date and time of the event (December 31, 2017, between 3 p.m. and midnight) and initiate my search. 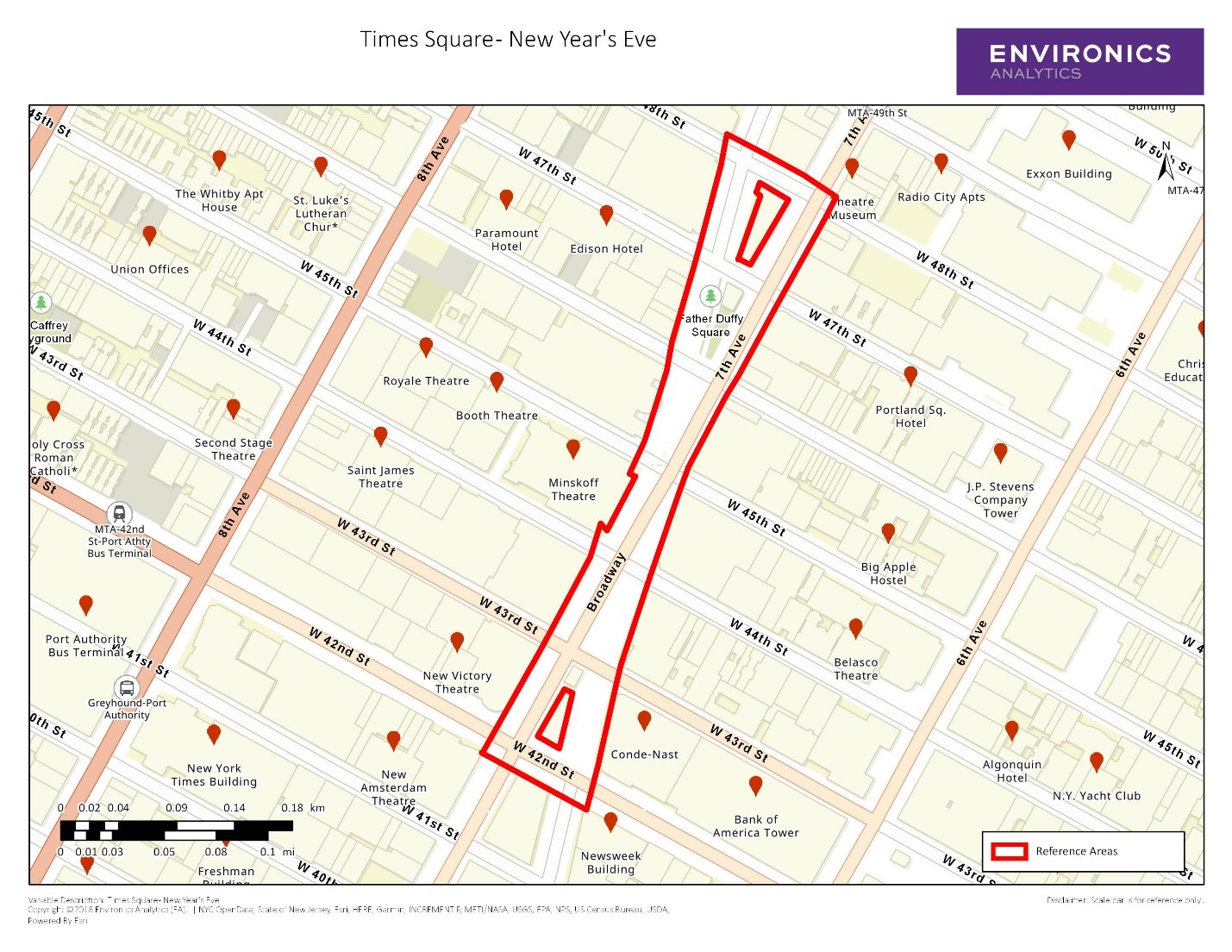 In the background, MobileScapes attaches a common evening ZIP+4 location (the inferred home neighborhood) and common daytime ZIP+4 (inferred work location) for each observed mobile device. Once we have those inferred ZIP+4s, we link them to the wide range of demographic, psychographic, financial and behavioral databases to gain even deeper insights. The results speak for themselves.

Who’s in the crowd?

In the spirit of a world-class and diverse celebration, there were visitors from all 50 states in attendance, including visitors from as far away as Honolulu and Fairbanks, AK. After New York City residents, the second largest proportion of visitors came from the Miami / Fort Lauderdale area, followed by residents from Washington D.C., Los Angeles and Philadelphia. 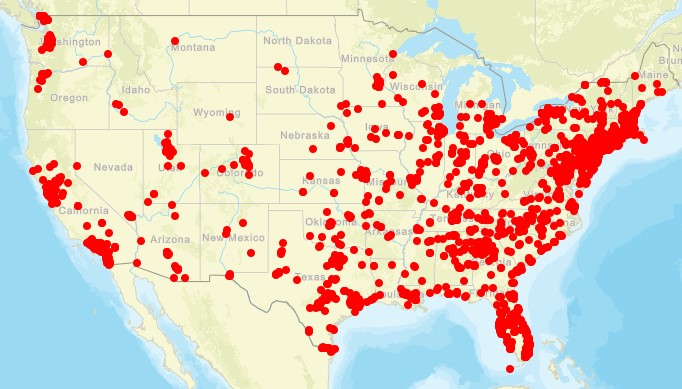 By looking at the distribution of visitors through the lens of PRIZM® Premier, the popular segmentation system developed by Claritas, we start to get meaningful insights about the New Year’s Eve revelers. For instance, the Midtown Mix Social Group—which consists of mostly younger, urban renters who tend to be single, university-educated earning midscale incomes in white-collar or service jobs—was overrepresented.

Within this social group, the Connected Bohemians segment had the most significant presence that night, accounting for roughly 10 percent of total observed attendees. Connected Bohemians represent the nation's most liberal lifestyles. Its residents are a progressive mix of tech-savvy, young singles, couples and families ranging from students to professionals who are quick to check out the latest movie, nightclub and microbrew.

Looking at the demographics of the attendees, we find several interesting characteristics. The average household income of the crowd was 31 percent higher than the national average, with almost 10 percent of those in attendance coming from households earning more than $250,000. It was also a highly educated group, with 45 percent having at least a Bachelor’s degree and tending to skew toward occupations in management and business, typically in a financial role. It’s also worth noting that a large number of attendees were of Puerto Rican, Cuban or Asian origin.

By integrating insights from our SocialValues database, we can also start to understand some of the psychographic characteristics of the attendees. I found that the segments that are likely to be part of the event index high for “Attraction to Crowds” and “Sexual Permissiveness.” I also discovered these partygoers generally belonged to segments that had a higher interest in “Ostentatious Consumption” and “Upscale Consumerism.”

Reviewing their media consumption habits, I discovered that the attendees were more likely to be heavy Internet users and light television viewers. Some of this group’s preferred retailers include Nordstrom, IKEA and REI. For dining, they tend to favor Starbucks, Chipotle and The Cheesecake Factory.

With MobileScapes in ENVISION, you can get all of these insights with a few quick clicks despite not having any visitor data to start with. These types of insights could be used to understand how to more effectively promote the event in the future, inform potential sponsors and to determine what types of activities to include. That is a lot of information from one little party.