The seventh and final wave of data from the 2021 Census was released by Statistics Canada this morning, covering the two main topics of education levels and the labour force. This release also includes data on place of work, commuting patterns and languages spoken at work.

The gender education gap is much more pronounced when you focus on the younger population between the ages 25 and 34. Within this cohort, 76.3 percent of women had a post-secondary degree or diploma, compared with 66.1 percent of men. It’s worth noting that except for the trades, young women aged 25-34 are also a majority of degree holders at all levels, including the earned doctorate. 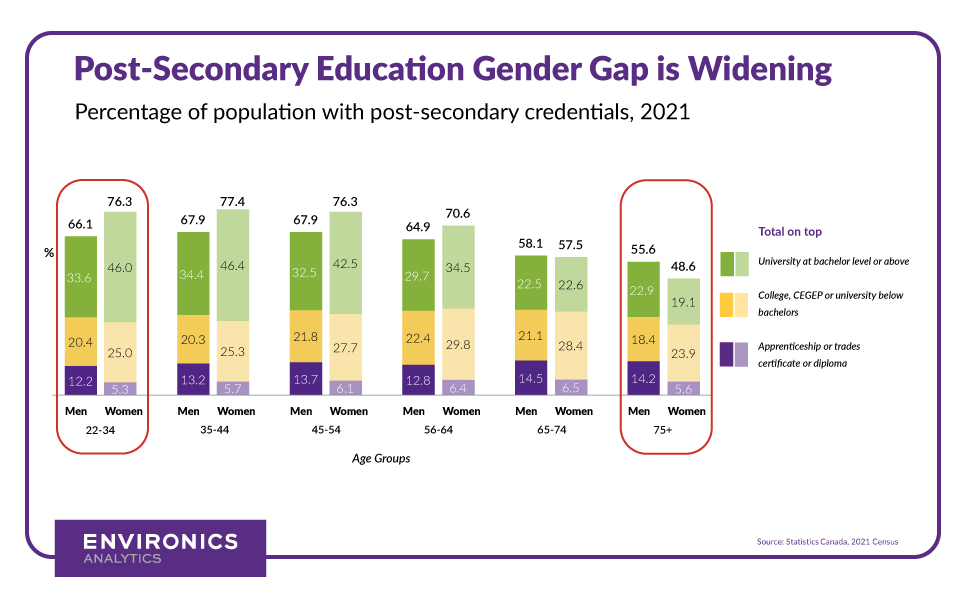 Pictured above: stacked bar graphs showing the percentage of men and women in the Canadian population with post-secondary credentials based on the 2021 Census.

Despite the overall increase in education levels, the number of adults with an apprenticeship certificate in the skilled trades decreased from 12.4 percent in 2006 to 10.8 percent in 2016 and to 9.9 percent in 2021. This is a result of fewer young workers replacing retiring baby boomers and contributes to a shortage of workers in some key trades.

And while you will find more women on university campuses, this trend hasn’t found its way to trade schools. Over 80 percent of all apprentice certificates among persons 25-34 are held by men, and the percent of women with an apprenticeship certificate declined slightly from 1.6 percent in 2016 to 1.3 percent in 2021.

According to the monthly Labour Force Survey, employment in 2021 was up from the pre-pandemic lows in April 2020 and numbers have been slowing increasing since the Census was taken in May 2021.

Employment growth was strongest in the service producing industries

From 2016 to 2021, employment gains were highest in professional, scientific and technical services (up 18 percent), health care and social assistance (14 percent) and construction (7.6 percent). At the time of the Census in May 2021, employment in the accommodation and food services industries had not fully recovered from the pandemic lows and was 16 percent lower than in 2016. However, in the last 18 months since the Census was taken employment continued to grow.

Women gain in many professional occupations, but large numbers are in low paying jobs

Young women are now a majority and women are getting close to a majority overall in many professional occupations. 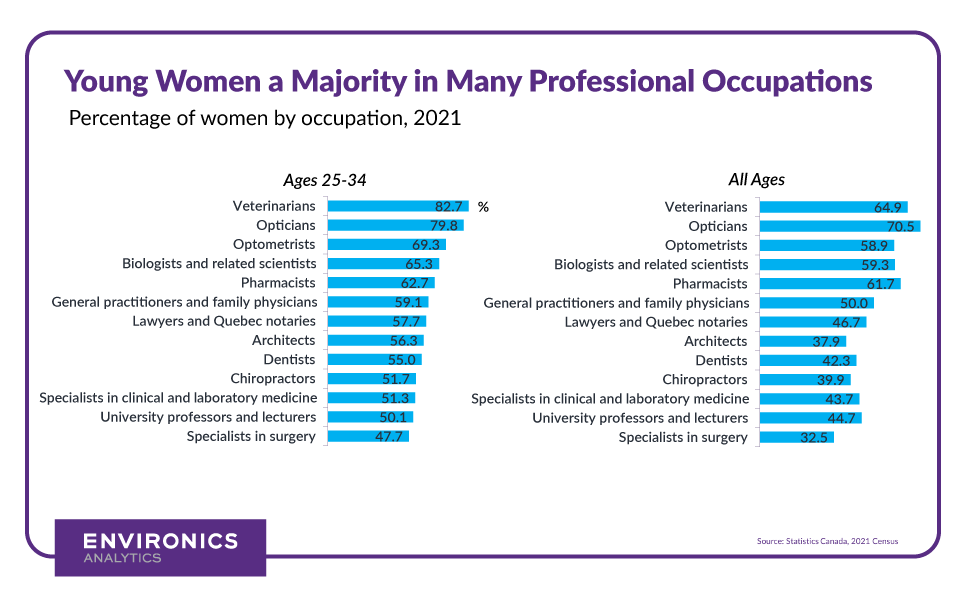 Pictured above: bar chart showing the percentage of women by occupation, ages 25 - 34 vs. all ages, according to the 2021 Census.

In 2021, 49 percent of immigrants aged 25-54 had a bachelor’s degree or higher compared to 30 percent of the Canadian-born population. The proportion was even higher for recent immigrants (61 percent). 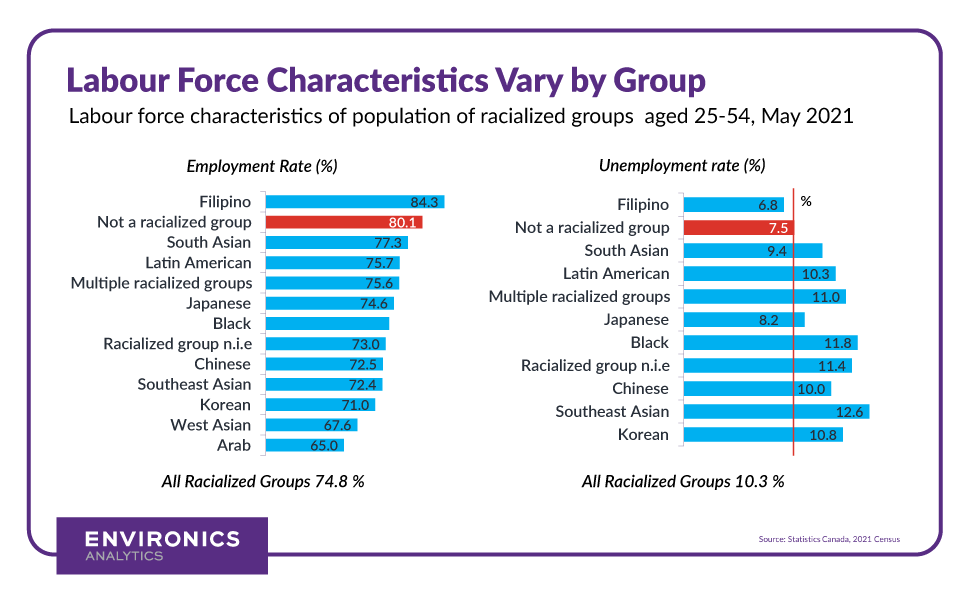 Education levels are up for Indigenous People but gaps remain

Implications for businesses and marketers

The rising education levels revealed in this Census release is a trend marketers will need to watch. For starters, it means marketers need to fact-check their statements as Canadians will be better equipped than ever to evaluate product claims and select the best value for them and their families.

Well-educated young women will need to be a particular focus of marketers. As these women begin their professional careers and families, they will no doubt demand products and services that reflect their more independent and sophisticated lifestyle. And they will be looking for help in juggling their shopping as part of a busy schedule.

With the low growth in the labour force population, immigrants and the Indigenous population will continue to be important sources of labour supply for all organizations. Public- and private-sector employers need to reach out to Indigenous youth to help them gain the education and training required to become members of tomorrow’s workforce. In the case of highly-skilled immigrants, more needs to be done to get quicker approval of credentials.

Over the next decade, the population of young adults between 20 and 29 years old—an important source of entry level labour force—will decline. Organizations will need to look for new ways to attract this young workforce for their job openings.

For a more detailed analysis of these Census results, join our webinar on Thursday December 8 at 2:00 PM ET.