For Whom the Rate Tolls

Over the past 10 years Canadian debt holders haven't had much reason to fret about interest rates, but they may now. The Bank of Canada’s October 24, 2018 decision to raise the overnight rate by 25 basis points to 1.75 percent marks the fifth quarter-point increase since the summer of 2017. While higher rates are an indicator of a healthy economy, Canadians with mortgage and non-mortgage debt are starting to feel the pinch.

Until recently, higher rates haven’t been a big cause for concern. As Figure 1‑1 illustrates, while the debt-to-income ratio of Canadian households has been increasing since the start of the financial crisis of 2007 and 2008, the debt service ratio (the share of household income before tax used to finance said debt) has been easing. But that trend has been snapped with the debt service ratio starting to inch higher. The reversal of this trend will have multiple effects upon the economic behaviour of households, the first of which will be a squeeze on discretionary spending (household expenditure on non-essential items excluding shelter and food). 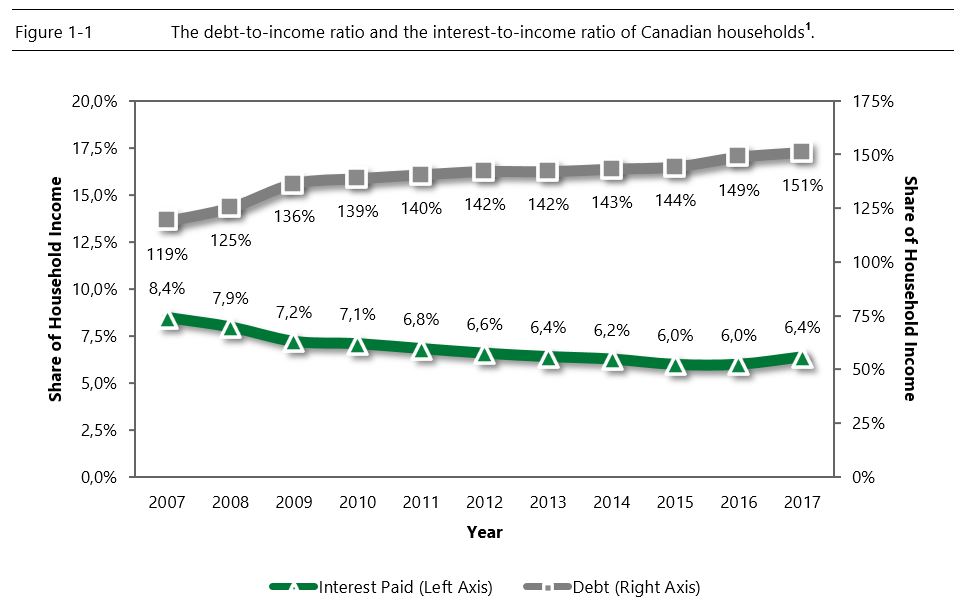 With the debt service ratio increasing to 6.4 percent in 2017 it is reasonable to expect this ratio will rise to approximately 7.2 percent by the end of 2018. While this is still lower than the debt service ratios observed prior to and immediately after the financial crisis, it will force Canadians to either decrease their saving (or debt repayment) rates, lower their discretionary spending or some combination thereof.

Clearly, certain segments of the Canadian population will be affected by higher rates more than others. Using WealthScapes 2018 at the PRIZM5 DA Social Group level (Figure 1‑2) we expect the mid-affluent suburban areas of Canada (the Suburban Upscale Diverse and Suburban Younger Social Groups) will be under the most pressure. These tend to be the areas of new development on the edge of major cities where we find the most first-time homebuyers and younger families. These younger families have not had time to build up their capital and will find their consumption and saving rates pinched, particularly by the increased interest payments on their higher mortgage balances.

At the other end of the spectrum, we find a mix of urban and francophone Social Groups. In the case of the urban Social Groups, we generally see lower levels of home ownership resulting in less mortgage debt and, hence, lower interest payments. The francophone Social Groups are also somewhat insulated from rising interest rates since households belonging to this segment tend to be concentrated in area that have experienced little real estate appreciation over the past decade, which means they haven’t added on significant amounts of mortgage debt. 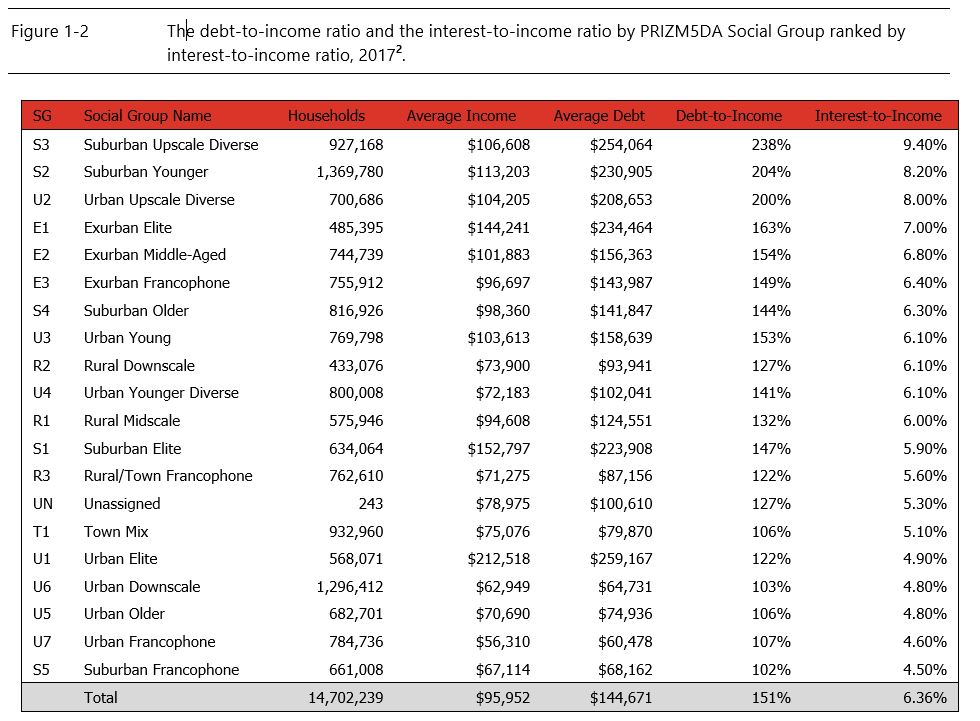 What will higher rates mean for the average Canadian household?

As a result of rising interest rates in 2017 Canadian households paid an additional $286 or 0.57 percent of their discretionary income (household income less personal taxes, shelter and food costs) on average in interest; however, this pain was most acutely felt by the Suburban Upscale Diverse and Suburban Younger social groups due to their higher debt to income ratios (Figure 1‑3). 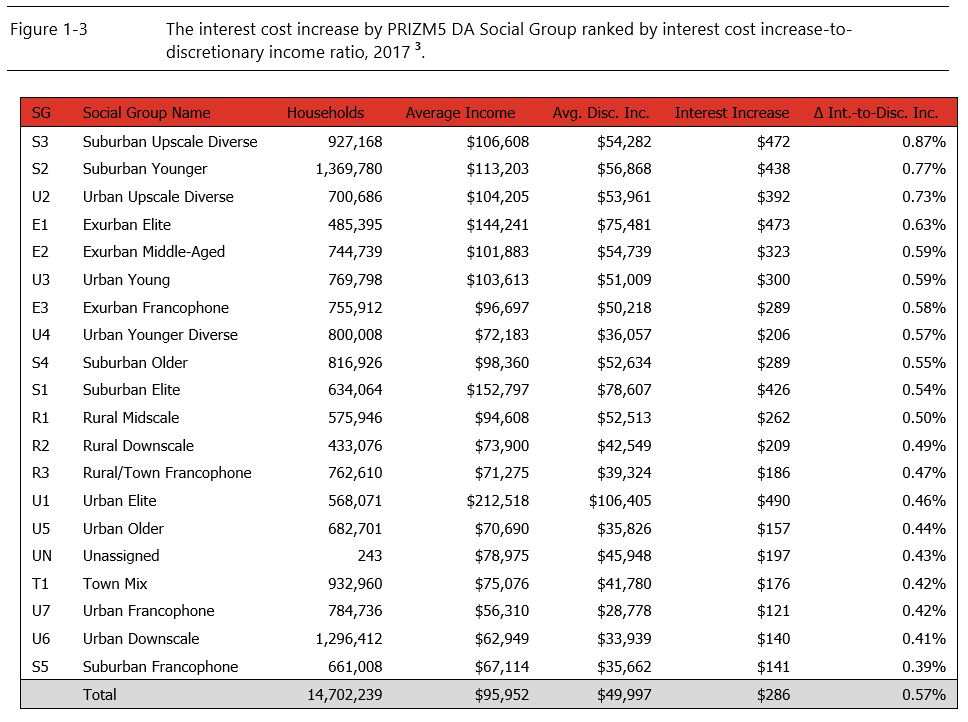 So far, the sting of higher rates has been largely limited to short-term debt and variable rate debt. It will take up to five years before the full effect of the interest rate hikes will be felt as fixed rate debt come to term and will have to reset at the higher rates. When this fixed-rate debt is added in, the true long-term effect of these interest rate hikes will be approximately $2,516 a year per household or 5.0 percent of discretionary income.

Is there any good news?

Additionally, even when fully factoring in the five interest rate increases observed so far, the debt service ratio is still only at pre-financial crisis levels; this is not uncharted territory. Finally, the interest rate increases are a result of the strong performance of the Canadian economy. With the current economy, the higher interest rate expenses should be more than offset by household income growth.